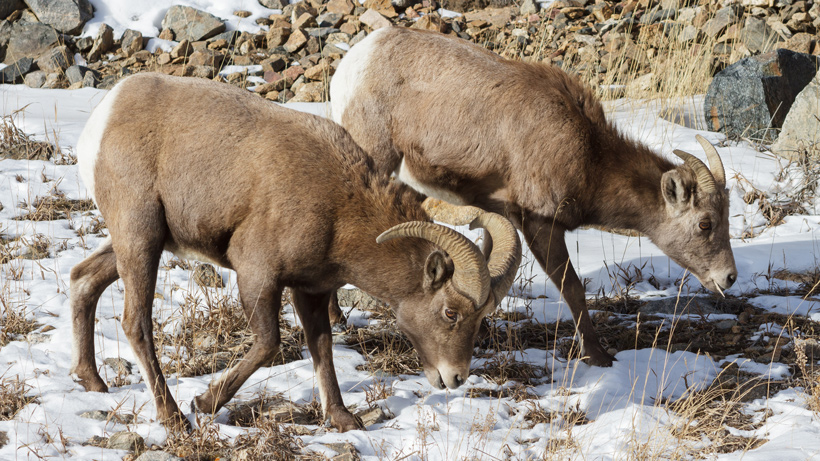 A new study is underway in Nebraska to determine the impact of disease on bighorn sheep. Earlier this week, 48 bighorn sheep (22 from the Wildcat Hills near McGrew and 26 from the Pine Ridge near Chadron and Crawford) were captured via helicopter and affixed with GPS collars, the Lincoln Journal Star reports.

The majority of the bighorn sheep that were captured and collared were re-released into the wild after tissues samples were taken and vaccinations given; however, seven ewes in the Pine Ridge were deemed “chronically ill” and were taken to South Dakota State University (SDSU) for further testing. Other ewes re-released into the wild have vaginal implant transmitters that researchers will use to track lamb mortality over the next year, according to the Lincoln Journal Star.

About 50 volunteers helped with the processing, including people from the Nebraska Game and Parks Commission, Omaha’s Henry Doorly Zoo, the Lincoln Children’s Zoo, Chadron State College, SDSU and private veterinarians.

Additional capturing and collaring of mule deer will occur in the Frenchman Deer Management Unit in the southwestern portion of the state and in the Pine Ridge for another study led by the University of Nebraska, according to the Lincoln Journal Star.