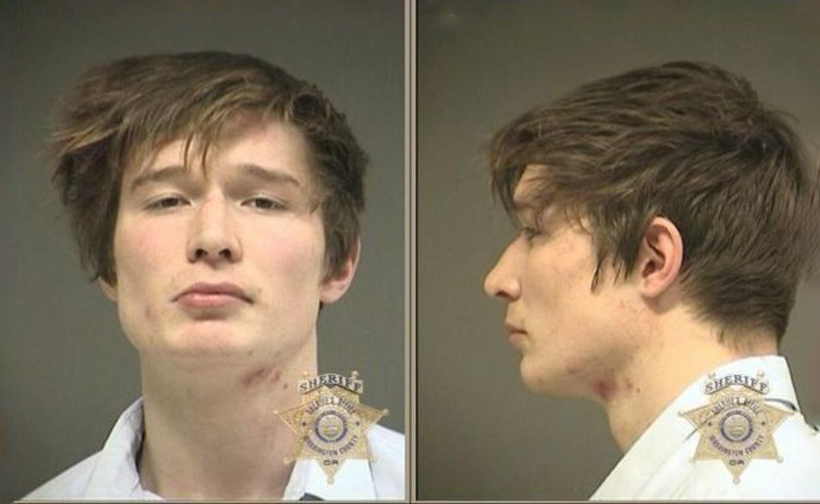 In October 2013, Jeff McDonald was out deer hunting in Manning, Oregon, wearing a blaze orange vest and carrying a high caliber rifle, when he was ambushed by his neighbor, Linus Norgren, who was naked and brandishing McDonald’s pruning saw. According to McDonald, Norgren believed that he was a “Sasquatch” and needed to kill “the hunter.”

McDonald knew of Norgren, but had never met him before their chance encounter in the woods, and immediately wondered if Norgren would actually attack him considering that McDonald was holding a rifle. Norgren said, "he was a Sasquatch from a family of Sasquatches." McDonald tried to remain calm and suggested he take Norgren home, but as the two walked along, Norgren attacked McDonald, causing him to black out and wake with Norgren on top of him, both hands wrapped around his neck.

McDonald told The Oregonian that he fought back and bit down on Norgren’s knuckle until Norgren pulled his hand away. But once the tables turned on Norgren, his lucidity also became questionable as he repeatedly fell asleep during McDonald’s attempts at self-defense. Finally, McDonald managed to get away and found his rifle nearby before calling his wife and the authorities.

When officers finally found the two men after navigating the thick forest for 90 minutes, McDonald was relieved, saying, “it was all well and good because I wasn't going to be killed and I wasn't going to have to kill a kid.”

Norgren’s attorney argued that Norgren was experiencing symptoms of his untreated bipolar disorder and Norgren told the jury that he acted in self-defense because he was scared of McDonald, who he viewed as a threat. Jurors did not buy the argument and found Norgren guilty of attempted murder and three counts of second-degree assault, acquitting him of first-degree assault and unlawful use of a weapon. The judge sentenced Norgren to ten years in prison.

While Norgren may no longer be a threat, McDonald will most likely always look over his shoulder when he is out in the woods.