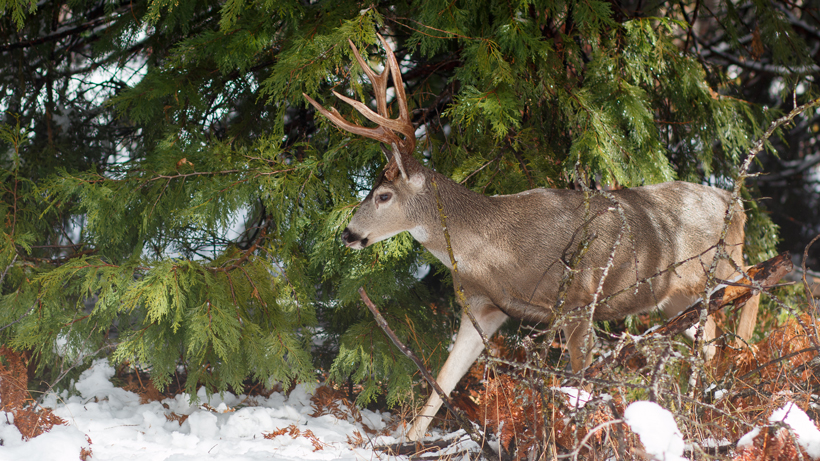 Last week, the Washington Department of Fish and Wildlife (WDFW) captured and collared 125 adult mule deer does so researchers can document movement and migration patterns, habitat use and survival. The capture was done via helicopter using professional crews schooled in humane capture methods to target mule deer in three specific study areas along the east slope of the Cascades in Washington, the Methow Valley News reports.

The study areas included sections of Okanogan, Chelan, Kittitas, Klickitat, Walla Walla, Columbia and Garfield counties. Each doe was outfitted with a GPS tracking collar that will drop off after four years.

WDFW hopes to gather information about mule deer in Okanogan County that “will inform ongoing research” regarding the agency’s aerial mule deer population survey methods as well as “movement patterns of mule deer in the Methow watershed,” according to the Methow Valley News.

Mule deer within the Chelan, Kittitas and Klickitat counties are part of a long-term effort with the U.S. Department of the Interior to boost mule deer conservation efforts within the state. WDFW already has 64 collared deer that researchers continue to monitor in the foothills of the Blue Mountains.

“In eastern Washington, many issues related to habitat condition and movement barriers can affect mule deer populations over time,” said Sara Hansen, WDFW Ungulate Specialist. “Working with our partners at the Department of the Interior, we will be able to use information from these collared deer to assess large-scale movement patterns, which will, in turn, help us prioritize development of conservation projects with local partners that address the most pressing habitat and population connectivity issues.”