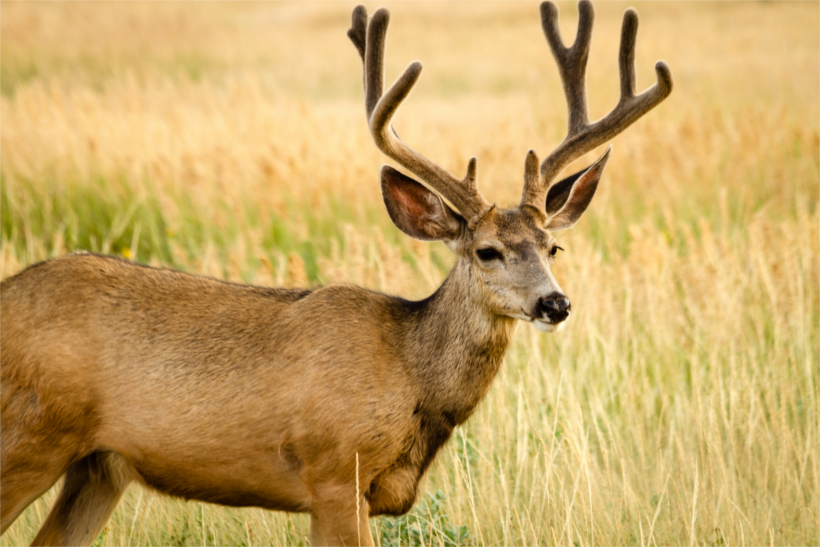 No one is ever prepared for a home invasion – especially when the intruder isn’t wielding a gun, but, instead, a pair of antlers! On Monday, a Utah man and his dog were victims of a rare mule deer attack in their own backyard in a subdivision southeast of Draper. The mule deer was eventually shot after struggling with police dispatched to the scene by the man’s daughter.

According to KSL.com, the man was found with the deer “pushing its antlers down into him.” Officer Dennis Wilson reacted quickly, grabbing the deer by the antlers so the man could escape from the goring back into the house. The man, who was trying to save his dog, suffered puncture wounds that were deemed “significant, but not life-threatening,” says Draper Police Deputy Chief John Eining. The dog was also punctured and is expected to survive. Officers believe that this particular buck was already injured and trapped within the yard before feeling threatened by the dog.

Deer attacks like this are unusual, even for areas with a high number of urban deer.  In fact, this is the first one that Officer Wilson has ever had to assist with in his 26 years of service, according to KSL.com. Remember, if you ever encounter wild animals on your property, to contact animal control officers – not try to take control of the situation yourself.