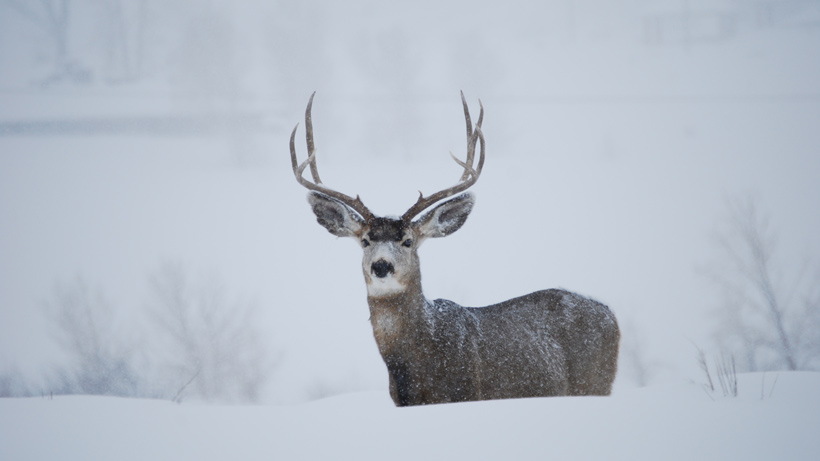 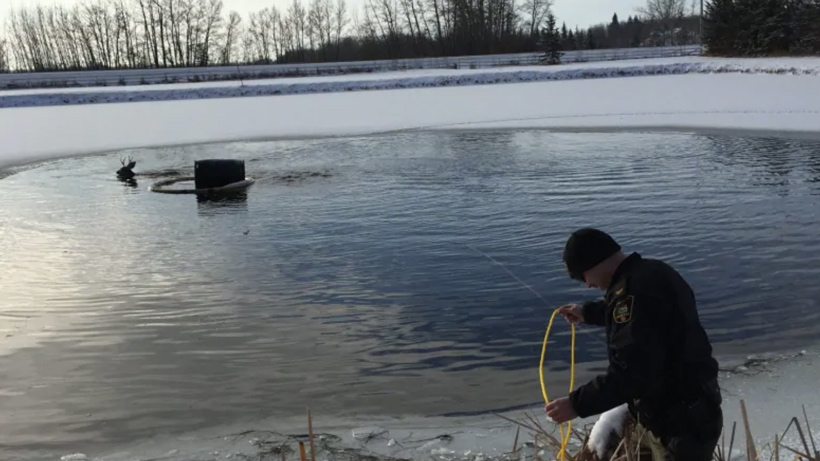 The dugout was being aerated in order to “maintain water quality over the winter” and the ice was too thin for wildlife officers to reach the deer, according to CBC News. Fortunately, the deer came closer to the men as they were trying to figure out how to rescue it.

“The deer was close enough where you could get a big enough loop and throw it out there,” Logan Proulx, one of the officers responding to the call, told CBC News.

His partner, Dan Downie, decided to try lassoing the deer and managed to get the rope around the deer’s antlers in one try.

“Call it luck or whatever, he doesn't have any background in ranching or anything like that,” said Proulx.

The men “dragged the deer by the antlers and it ‘just popped right up onto the ice’,” said Proulx.

After the deer rested for a while, it headed back into the woods.