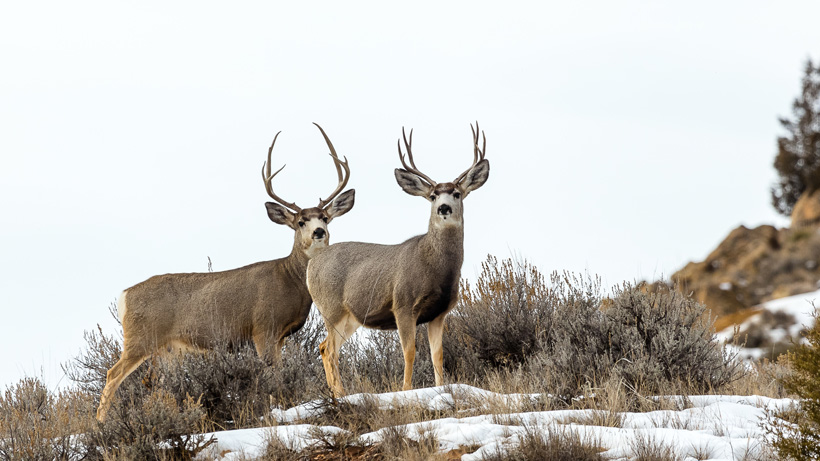 Montana’s “special” chronic wasting disease (CWD) hunt is over for mule deer. It ended yesterday after Montana Fish, Wildlife and Parks (MFWP) officials determined that the harvest quota of 200 deer was met. The whitetail portion of the “special” hunt will continue through Feb. 15 or until 200 deer are harvested – whichever comes first. Only 85 whitetail deer have been turned into check stations so far, KULR.com reports.

As goHUNT previously reported, the two-month “special” hunt began Dec. 15 and is scheduled to end on Feb. 15. MFWP proposed the hunt after the agency confirmed CWD in six deer following general rifle season in Carbon County. Biologists have been collecting samples of mule deer and whitetail deer to determine how far the disease has spread. CWD can only be confirmed in dead deer.

Based upon the recent samples collected, laboratory results found that two mule deer killed during the first weekend of the “special” hunt have tested positive for CWD, according to KULR.com.

“The goal is to keep chronic wasting disease at below five percent of the herd. Statistics, science and studies have shown that if we can keep it below five percent then we can keep it in control,” Bob Gibson, MFWP information and education manager, told KULR.com. “It’s when it gets up to that 15 or 20 percent of the herd that we start having masses die off and the population declines.”

As the hunt wraps up and more laboratory results are completed, MFWP will have an idea how widespread CWD is within Carbon County, which will help them come up with a plan to manage this fatal disease. Gibson says that the agency will hold meetings next week that will establish how the hunting season will be set up for the next two years based upon this information.

“It may be too late by the time we have all of our statistics together at the end of this hunt to really change it for next year,” says Gibson. “Any of the hunting part anyway, but we certainly will make some decisions on how we’ll continue to monitor for chronic wasting disease in this part of the world.”