Mule deer on the rise in Montana 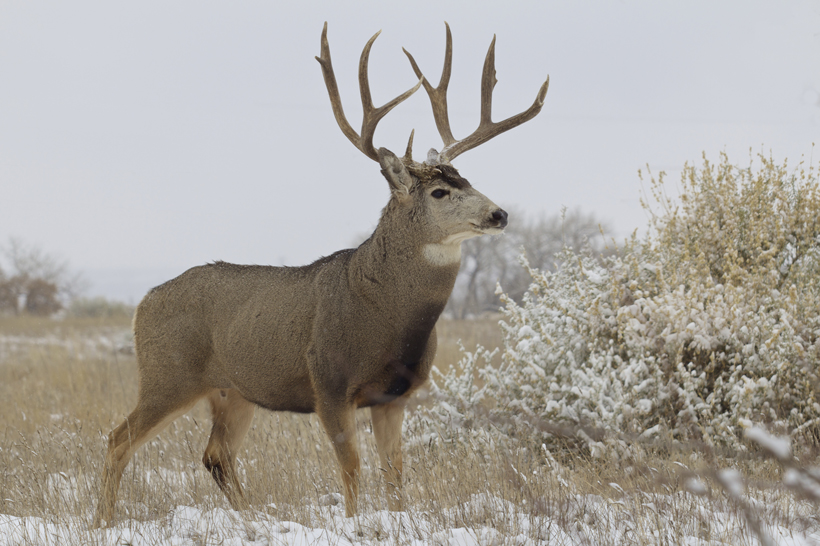 Officials are optimistic that mule deer populations are finally increasing thanks to the current post-hunting season surveys completed this winter. This would be the first major mule deer rebound since 2008.

“The basic indication is that things are looking pretty good. We’re kind of ready to pop the cork,” says John Ensign, wildlife manager for Montana Fish, Wildlife and Parks at the Miles City Region 7 office.

Across the southwestern part of the state, biologists have tallied an average of 91 fawns per 100 does this winter, according to The Missoulian. Buck to doe ratios are also above average, up to 37 bucks per 100 does compared to the long-term average of 32 per 100. Fall hunter check stations also found a higher percentage of younger bucks with greater antler growth, which means that deer are finding plenty to eat, possibly due to the lower deer numbers over the past few years.

This is good news for hunters as a mule deer rebound may mean that doe permits will be available for certain hunting districts, but populations must be at least 10% above average for any permits to be issued. Last year, in response to the declining numbers, the Montana Fish and Wildlife Commission cut mule deer doe B tags and prior to that reduced mule deer doe tags by 90% to help the decreasing numbers. Permits for the hunts will not be sold over the counter and must be acquired through a special drawing. Other regions across the northeastern part of the state plan to remain conservative with hunting permits and do not have plans to release B tags for the season.

While the current tally is promising, officials are waiting to celebrate since Eastern Montana has historically had pretty severe spring snowstorms that have caused extensive deer mortality due to blizzards followed by rain, snow and freezing temperatures. Regardless, any increase in mule deer numbers is good news.