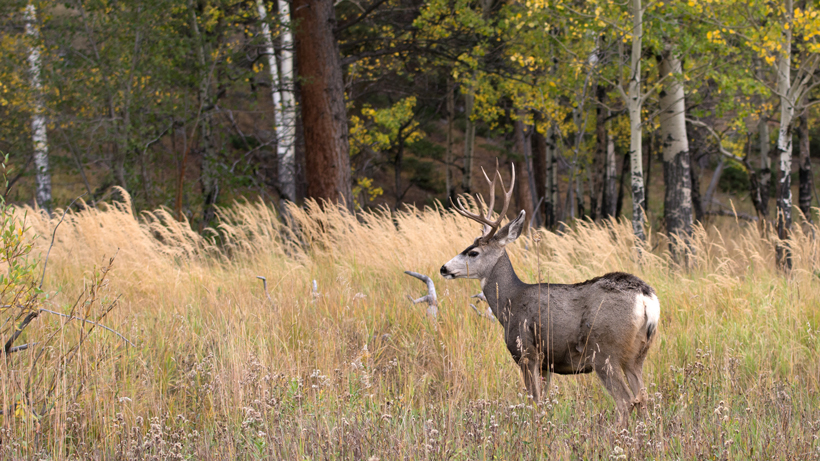 Mule deer herds are on the decline across the Upper Shoshone and Clark’s Fork herds in Wyoming. Low fawn recruitment, consecutive harsh winters and predation are the likely reasons behind the steady drop and, unfortunately, Wyoming Game and Fish Department (WGFD) biologists have “no immediate hope of a rebound,” the Powell Tribune reports. Recently, a group of “hardcore hunters” met this month with WGFD biologists to discuss the swift decline and the possibility of changing current hunting restrictions, which could result in shorter seasons.

“We felt that we were at the point that we needed to do something for these deer herds,” said Cody Region wildlife biologist Tony Mong, who acknowledged that something needed to be done for fawn mortality in general.

According to the Powell Tribune, the benchmark for healthy herds is 66 fawns per 100 deer; the fawn ratio has dropped to under 50 in the Upper Shoshone and Clark’s Fork herds, signaling a major problem.

“The fawn ratio is the most variable and important component of mule deer management,” said Mong.

However, the post-hunt population estimates are also dropping off with buck ratios averaging 20 bucks to 100 does and the average age class waning. While winter weather is not something biologists or wildlife officials can change, they’re looking at other factors that could be impacting the health of mule deer herds in this region, such as the number of predators within the area. Others suggested reducing the number of nonresident tags though limiting those tags could impact state economy, according to the Powell Tribune.

Any proposed changes to hunting quotas or season will be released in March and discussed at the annual hunt regulation meeting. Stay tuned to goHUNT for further updates.