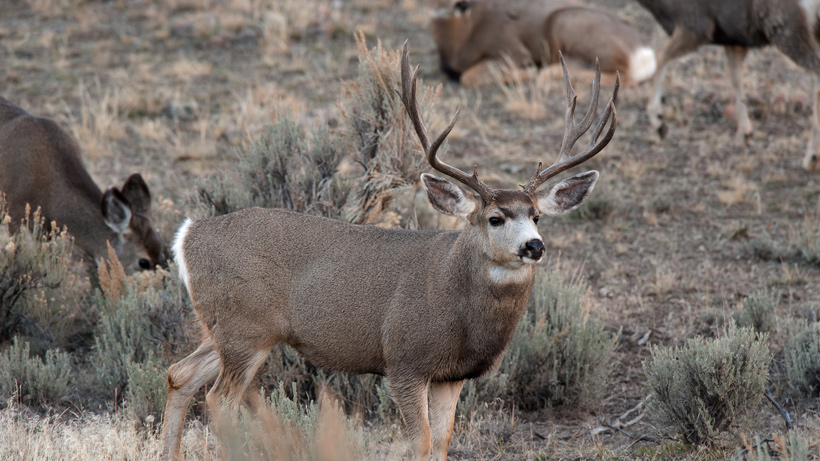 Animals, like mule deer, typically migrate in the same pattern year after year. Why? Because this historical knowledge is passed along from doe to fawn every single season. While the routes may not be mysterious to the mule deer traipsing along them, figuring out these routes can be tricky and take time.

For the past few years, documenting these routes has been the focus of the Wyoming Migration Initiative. While the recent discovery of the longest migration route ever sparked excitement among researchers, they still work to identify whether mule deer bucks migrate concurrently with does—information that could be helpful for hunter harvest strategies.

According to the SCI Foundation, researchers have identified plenty of locations to set up trail cameras to track thousands of migrating deer during the spring and fall migrations. Wyoming mule deer migrate to follow forage or to “surf the green wave.” To do this, they embark on journeys anywhere from 30 to 150 miles, moving between summer and winter ranges. Longer migrations have been stunted across the world simply because of interruptions in the route – either from residential encroachment or fencing or other variables.

Current data shows that there is a relationship between the spring growing season and success at crossing long distances. SCI Foundation, a partner in the Wyoming Migration Initiative, says that the next phase of the multi-year study, which began in 2011, will focus on this “green wave surfing.” Researchers will evaluate migration distances (long, medium, short) in relation to “the diversity of migratory strategies” that “will buffer performance of the herd over the long run” by analyzing collected data and collaring more deer (bringing the number of collared deer up to 100) to collect a broad scientific sample for study.