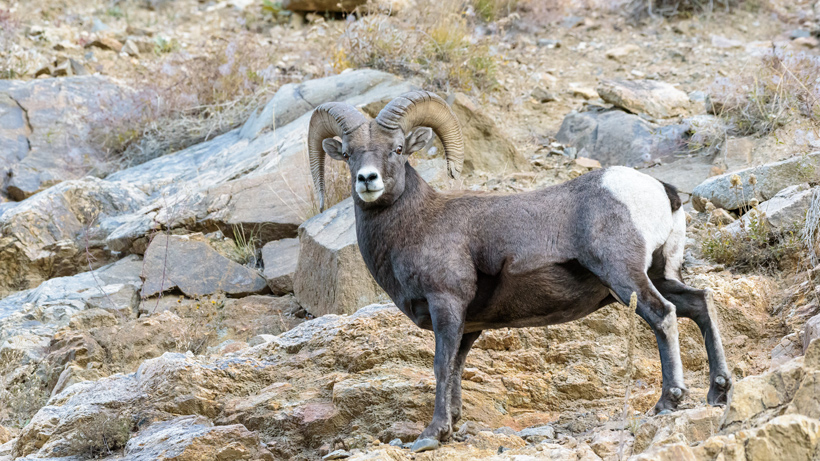 Montana Fish, Wildlife and Parks (MTFWP) is in the process of collaring eight of the Painted Rocks Reservoir bighorn sheep herd in Montana in order to learn more about them. There’s currently about 75 in the herd (50 that stick close together and others “scattered about in small bands”), but, because the animals are so isolated, not much is actually known about them, according to the Ravalli Republic.

“Mostly, I’m trying to learn where they are going and if they are connected to any other herds,” said MTFWP biologist Rebecca Mowry. “I would like to know if there is any connectivity between the different herds.”

Mowry is working with a helicopter crew and volunteers from the Ravalli County Fish and Wildlife Association (RCFWA) and the Montana Wild Sheep Foundation. The two organizations have been working to get this project up and running for the past two years and, according to RCFWA President Bob Driggers, paid for the GPS collars.

“We want to do what we can in helping to get a little bit of history on this herd of bighorn sheep,” said Driggers. “We want to find out if they stay there all winter or do they migrate. We would like to have a better idea on how many there are and if we are losing many to predators.

In December, they managed to fit three of the bighorn sheep with GPS collars, but still have five more to do. After each animal is captured, Mowry takes blood samples, nasal and tonsil swabs, before releasing the animal back to the wild.

“We have never documented a disease outbreak in these sheep,” Mowry told the Ravalli Republic. “We don’t know if they have ever been sick. They are a remote herd that many people never see unless they are up there hunting.”