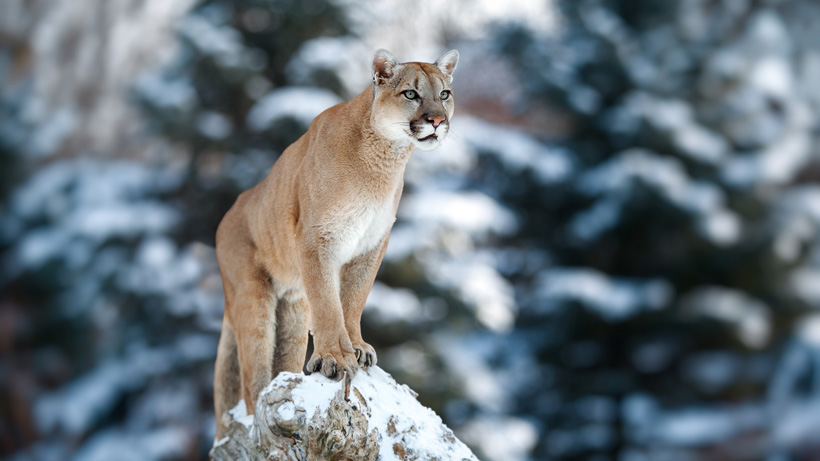 Three adult mountain lions were recently removed from Wild Horse Island State Park in Montana. The decision came after the state and tribal officials deemed the animals a “public safety issue due to the high density and habituation,” according to KRTV News.

Montana Fish, Wildlife and Parks (MTFWP) worked in collaboration with the Confederated Salish and Kootenai Tribes (CSKT) after receiving reports from both landowners and visitors. The island, which is 2,163 acres, is located on the south end of Flathead Lake. Both MTFWP and CKST worried that their presence would impact “one of the nation’s most important conservation herds of Rocky Mountain bighorn sheep.”

Because of how the island is situated, bighorn sheep have no escape route from the mountain lions.

“Alongside prioritizing public safety, we felt it was important to protect one of the few disease-free bighorn sheep herds because of the role it plays in the greater conservation of the species across North America,” said Neil Anderson, MTFWP regional wildlife manager. “Due to the lack of escape terrain for bighorn sheep and the number of lions on the island, the bighorn population has been reduced to a number we haven’t seen in decades.”

The bighorn sheep herd on Wild Horse Island are considered disease free and healthy – numbering over 560 animals. The herd is used to establish new herds and help others recover with 26 bighorn sheep relocated from the island to the Tendoy Mountains in southwest Montana just last year.

“Mountain lion and other cats, like the bobcat, hold significant cultural importance to Tribal members, and are not hunted within the Flathead Indian Reservation,” said Kari Eneas, CSKT wildlife manager. “Our mountain lion populations are healthy and, in this unique situation, we considered the habituated behavior and density of animals of all wildlife species on the island in our cooperative decision with FWP.”

The hides and skulls will be used by CSKT for educational purposes.