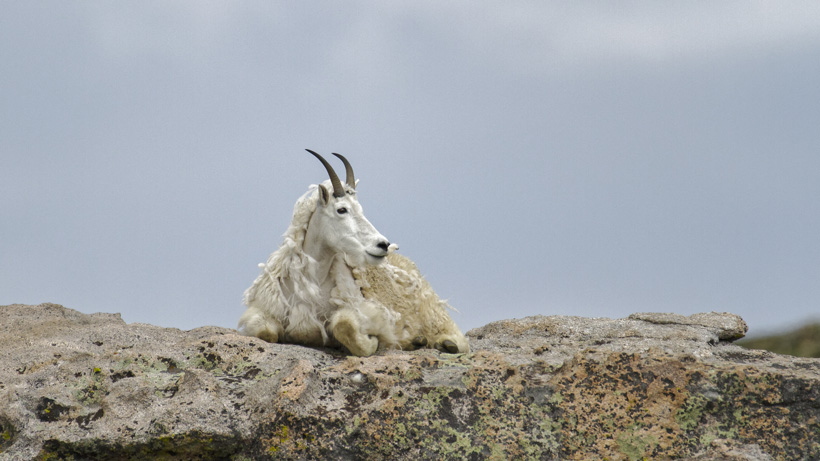 The helicopters carrying sharpshooters have been grounded in Grand Teton National Park and the mountain goat cull is currently on hold after Interior Secretary David Bernhardt made the call to stop it. His decision was a result of a strongly worded letter calling the “helicopter shooting a ‘farce’” by Wyoming Governor Mark Gordon. The letter, which was addressed to acting Grand Teton Superintendent Gopaul Noojidail, created enough of a storm to cause Bernhardt to suspend the mountain goat shoot, according to The Associated Press.

“I have long appreciated Grand Teton National Park for the treasure it is to all our citizens. Now I hope I will not have to remember it as an example of federal disregard for the sovereignty of the states,” Gordon wrote.

Gordon added that he hoped to have a “’more fruitful conversation’ about ways to address the mountain goats more cooperatively with the National Park Service.”

As goHUNT previously reported, park officials decided to terminate non-native mountain goats in the park to help native bighorn sheep already struggling to survive. There are currently about 100 mountain goats living in Grand Teton, most likely descended from a herd outside of the park. Because of the current number of animals, park officials believe that they can remove the non-native herd completely. If they don’t, they say that the population could continue to grow and make complete removal unattainable, resulting in too many non-native animals on critical bighorn sheep habitat.

“We are taking a pause in operations and will continue our conversations with our partners at the state,” said parks spokeswoman Denise Germann, who did not know how many mountain goats had been killed prior to the suspension.

“The National Park Service has a legal responsibility to protect native species and reduce the potential for the local extinction of a native species within the park,” Germann wrote Monday.

“I will remember your blatant disregard for the advice of Wyoming's Game and Fish Department,” Gordon wrote Noojidail. “I am simply at a loss for why the Park Service would ignore an opportunity to work towards a solution upon which we could both agree and can only take it as an expression of your regard for neighbors and the respect you apparently do not have for Wyoming or our professionals.”