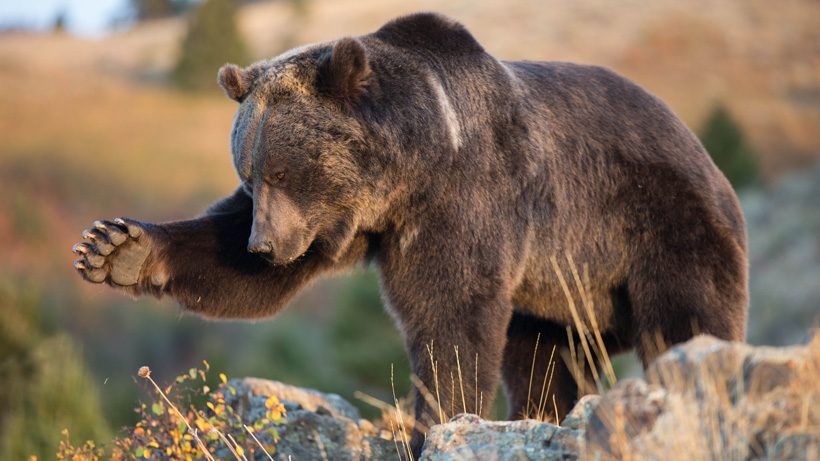 A mountain biker is lucky to be alive after a recent run-in with a grizzly bear on Monday afternoon The attack occurred near Big Sky, Montana as the man biked alone on a trail in the Spanish Peaks Community just above Ousel Falls Park Trail, the Billings Gazette reports.

The man, who suffered injuries to his face and back, likely surprised the grizzly bear as he came around a “sharp corner” on the private property trail. While the attack “critically” injured the man, upon investigation, Montana Fish, Wildlife and Parks (Montana FWP) spokesperson Morgan Jacobsen said that “[i]t does not look like a predatory attack.”

Fortunately, the man, who is in his 60s, was able to flag down a motorist on the South Fork Road after escaping the bear. According to Jacobsen, officials are not “sure how far the mountain biker had to walk to get help.” He was airlifted to a Billings hospital for medical assistance.

While the trail has been closed temporarily during the investigation, Montana FWP is not “actively searching for the bear,” according to the Billings Gazette. This is another reminder to stay bear aware in known bear country. Carry bear spray and stay vigilant!