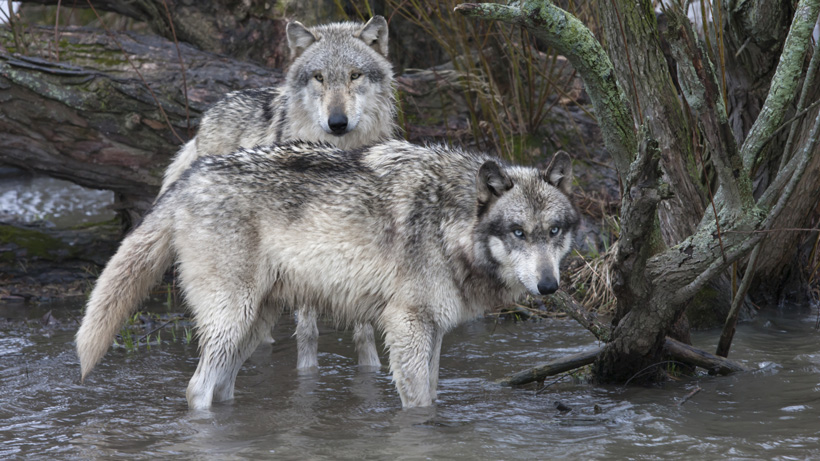 “The long story short is that our non-hunting human-caused mortality rate was about half of what we anticipated,” said WGFD wolf biologist Ken Mills. “That’s good. It means we weren’t killing wolves from causes like lethal control. And that’s really, I think, the main reason why the population increased.”

The increased quota helps the state manage the 175 wolves in 27 packs within the “trophy game area” – an area “where the state seeks to keep wolves on the landscape,” according to the Jackson Hole News & Guide, unlike 85% of the state, which is considered a “predator zone,” meaning wolves can be “killed without limit.” Based upon the 2019 count, the current population is over the 160-wolf objective that’s outlined in the state’s wolf management plan – a plan that ensures the state maintains its Endangered Species Act delisting agreements.

For Mills to determine the wolf hunting seasons, he looks at the data to figure out the sustainable quota.

While the 2020 season will call for a later start date of Sept. 15 than prior years (to limit the number of pups killed), Mills anticipates a good number of hunters interested in filling their wolf tag, especially based upon the support about pushing the start date to later in the year.

“I took that as a positive thing,” said Mills, “that there is a subset of hunters who are really thinking about the seasons and are thinking about wolves as a valuable trophy.”

To view a 16-minute video presentation of the hunting season proposal, click HERE. Then click on “regulations,” then “Chapter 47, gray wolf hunting seasons.” Due to COVID-19, there will not be any public meetings. If you are interested in submitting a comment, you can do so on the same page.