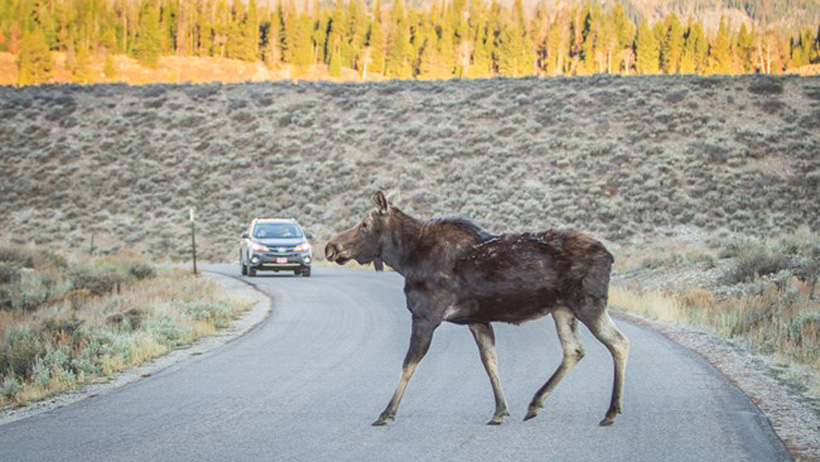 Wildlife crossings have proven successful in helping animals cross over and under busy roads that interrupt migration corridors. But there’s another benefit of wildlife crossings – limiting human-wildlife encounters, which is why several new wildlife crossings will steer animals away from recreational paths used by hikers and cyclists.

In Jackson, Wyoming, two projects “will provide a dozen structures for furred, finned, and hooved creatures to safely pass under busy highways” while also avoiding recreational paths along the Snake River, according to Pew.

Additionally, in Wilson, the Wyoming Department of Transportation (WyDOT) is working to upgrade the busy T-intersection between routes 22 and 390, which is a key area for both moose and elk. The upgrade, which is funded through a special excise tax approved by Teton County voters, will include an extended bridge so that wildlife can travel “beneath it where they haven’t been able to do so” as well as wildlife fencing to keep animals away from recreational trails, according to Pew. 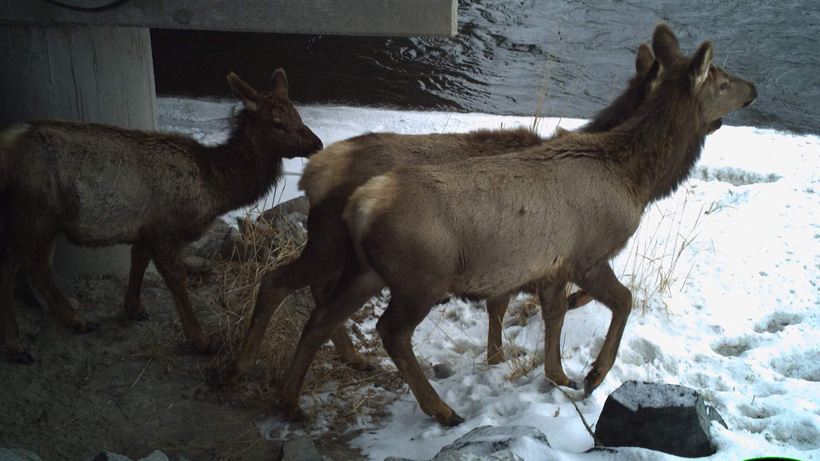 A bridge at Flat Creek was lengthened to allow animals to pass underneath U.S. Highway 89/189/191. Photo credit: Wyoming Department of Transportation

The projects benefit moose and other big game animals as well as those who use the recreational paths along the Snake River, said Teton County engineer Amy Ramage.

The Wilson project is slated to begin in 2023.

Other projects include a seven-mile span of roads and bridges along the Snake River that should be completed by October, which includes eight underpasses that can accommodate mule deer, elk, moose, grizzly bears, mountain lions and other wildlife, according to Pew. Another project will create a box culvert in a landslide zone to help mule deer continue with their 150-mile seasonal migration between the Red Desert and the Hoback Rim.

While none of the projects are cheap – the Snake River project in Wilson will cost around $24 million – a decrease in both wildlife-vehicle collisions and human-wildlife conflicts will be the priceless payoff.