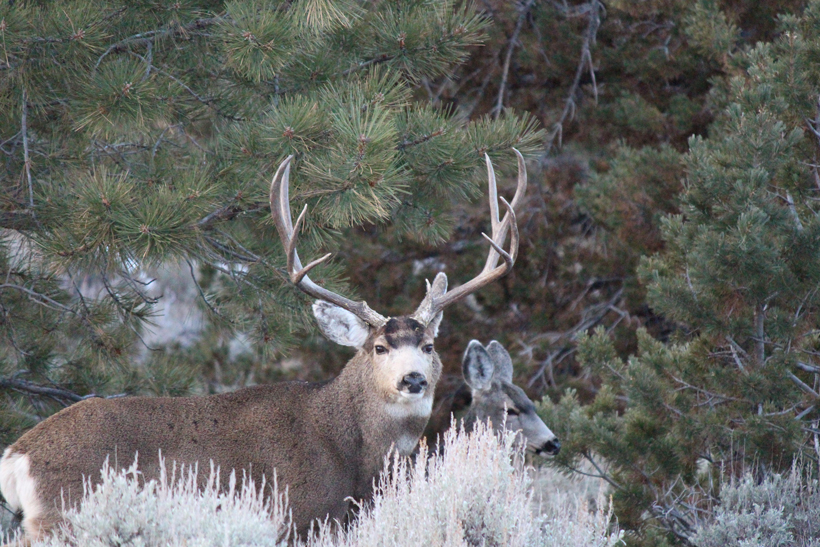 Deer hunting opportunities in Utah just got better. Thanks to healthy and growing mule deer herds, the Utah Division of Wildlife Resources (DWR) is recommending adding 2,250 more permits for the 2015 season.

Mild winters, highway fencing and underpasses, and DWR's long-term habitat projects and predator control have helped increase the deer population. Positive survey results after the 2014 hunts show an average of 21 bucks for every 100 does for general-season units that are mostly public land. Biologists also note a 22,000 deer increase from the prior year’s totals and estimate that the current total number of deer within the state is at 355,600. Tracking collar data also shows that 84% of the does and 82% of the fawns survived during 2014.

“Those are great survival rates,” DWR big game coordinator Justin Shannon said in a news release. “There’s no question that mule deer populations are growing in Utah. We’re really excited. Utah’s deer herds are in the best shape they’ve been in since the early 1990s.”

Along with the additional 2,250 general–season hunt permits, officials are also recommending a total of 1,068 limited-entry deer permits, up from 811 in 2014. Most of the additional permits will be for a new high-country mule deer buck hunt in Unit 8a that will be held from Oct. 3 to 15.

“Starting the season that early should get hunters into the area before the bucks leave,” says Shannon.

Public feedback is welcome on the proposed increase in deer hunting permits. Comments can be emailed to the Regional Advisory Council or made in person during the public meetings.