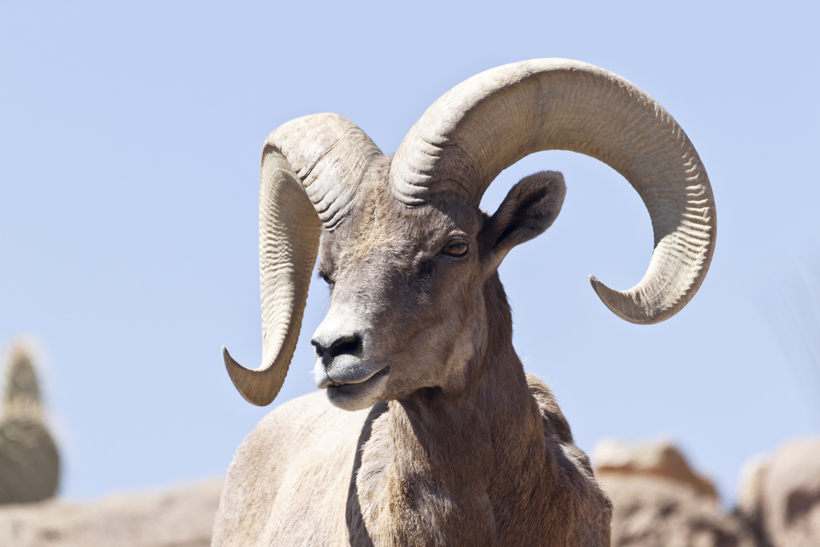 Arizona Game and Fish (AZGF) recently announced that they will release 30 additional bighorn sheep into the Santa Catalina Mountains. This is the second stage in a continuing, yet controversial, effort to reintroduce the animals into the mountain range, where they used to roam widely.

The reintroduction project — aimed at rebuilding a bighorn herd that died-off in the 1990s — began last year, when AZGF moved 31 sheep from outside Yuma to the Catalina Mountains. The agency says that efforts like this have helped increase Arizona’s total bighorn population from 1,500 sheep to 5,500 in about 60 years.

Yet the first release did not go as planned. More than half of that first group died within a few months of being released, the majority killed by mountain lions.

Game and Fish was widely criticized when it killed three mountains lions for preying on the bighorns.

Since then, however, the surviving animals “have been occupying good escape terrain” and avoiding predation by lions, said Mark Hart, spokesman for the AZGF.

Wildlife experts believe the sheep found their way to areas more suitable for them — open country where there are not many trees or shrubs that lions can hide behind, and steep terrain where the agile sheep have an advantage.

“It seems that the sheep have found themselves in the terrain that they have historically used, and they are doing pretty well at this point,” said Mike Quigley of The Wilderness Society.

The agency also notes another encouraging sign: lambs. “We have seen five lambs” that were born to pregnant ewes following the initial reintroduction, Hart relays. “And there could be more up there.” Officials maintain that releasing a new group of adult sheep would improve the chance of still more lambs this spring.

Hart says that the plans call for capturing 30 bighorns this November. Some will come from sites in the Tonto National Forest northeast of Phoenix, while others, if needed, will come from a U.S. Bureau of Land Management site near Quartzsite in western Arizona.

“If we are able to go into wilderness areas of the Tonto Forest (pending approval of a permit), we could get 30 sheep from there because the population is sufficient” to withstand the removal of that many animals, Hart said. “If we have to go outside wilderness areas of the Tonto, the most we could take would be 15 or 20 sheep. Then we would get the remaining sheep from the BLM lands near Quartzsite.”

The tentative date for the capture is the third week of November.

The animals will be captured using net guns fired from helicopters. After undergoing an examination, they will be brought to the Catalinas by truck for release.

The exact release sites in the Catalinas will not be disclosed to the public. The officials do, however, intend on releasing the bighorns near the first herd.

“And the plan where it stands right now is to put the new animals in as close as possible to the existing herd so they can make their way up into that ideal terrain and hopefully follow scent trails and other patterns that will help them join that established herd,” confirmed Hart.

Officials are confident, maintaining that the recent developments bode well for continuing with additional bighorn reintroductions.

“We’re optimistic moving forward with the planned second release based on the events of the last six or seven months,” Quigley added.

Opponents, on the other hand, are calling the reintroduction effort an “insane project with its heavy-handed wildlife mismanagement and wilderness violations.”

Ben Pachano, a member of an organization called Friends of Wild Animals, says that the reintroduction program does not have a solid foundation and is calling for an immediate stop to additional sheep releases and mountain lion killings.

“It’s disappointing that the environmental groups on the advisory committee decided to continue rubber-stamping this insane project with its heavy-handed wildlife mismanagement and wilderness violations,” Pachano asserted.

Pachano argues that agency officials “claim they want to restore native species to the historic range. They don’t support that with species like the jaguar — but with trophy hunting species like bighorn sheep. And that’s even though the science suggests that the habitat quality for sheep has gotten worse since they disappeared in the 1990s.”

Regardless of such opposition, the agency plans on moving forward with the second phase of the program, urging those who disapprove to look at the long run potential of restoring the Catalina population.

“We’re in this for the long haul,” Hart insists.