Moose make the move in Utah 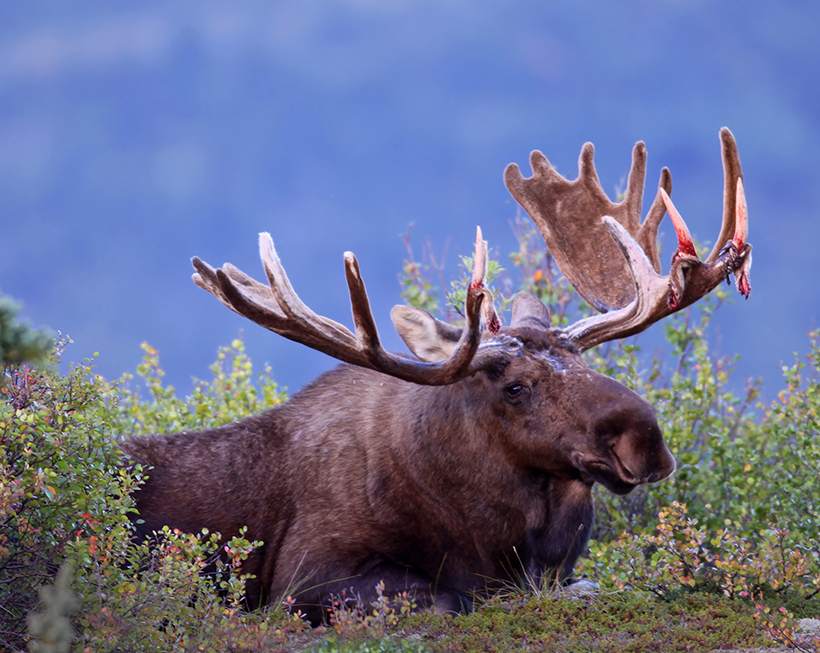 Range Creek Canyon, located 120 miles southeast of Salt Lake City, is a stunning place to explore. Each year, visitors flock to the canyon, eager to experience its pristine archeological remains and rock art. Now, however, Range Creek has an entirely new angle to attract outdoor lovers — its most unexpected inhabitant, the moose.

Range Creek is a high tributary of the Colorado River. Dry, hot and usually dusty, it’s not exactly a region that one would suspect to spot a moose.

Experts say that the state’s moose have found unique ways to survive in atypical environments.

“It is interesting they are in that area,” said Dan MacNulty, an assistant professor of wildlife ecology at Utah State University and part of a team conducting moose research in northern Utah.

“It is possible that the area around Range Creek is a microhabitat that could be good for moose,” he told the Salt Lake Tribune. “Kind of a little refuge.”

The first recorded sighting of a moose in Utah came at the mouth of Spanish Fork Canyon in the early 1900s. Biologists believe that the Shiras moose immigrated to Utah from Idaho and Wyoming. Shiras moose are the smallest of the four moose subspecies and may be able to better regulate body temperature than the larger subspecies.

Utah wildlife officials did not recognize an established moose herd until 1947, and formal management of the species did not begin until 1957.

The estimated 3,000 moose living in Utah represent the southernmost naturally occurring moose in the continent.

“The Utah moose are a population on the edge of the species’ range,” MacNulty noted. “They serve as a valuable tool for [studying] any kind of environmental change.”

The moose living in Range Creek Canyon were discovered when state wildlife officials were running an aerial elk survey on the high-elevation West Tavaputs Plateau. They spotted roughly a dozen moose.

Officials decided to augment the Range Creek population with moose that needed to be relocated from urban regions in northern Utah. The first group of transplanted moose arrived in the summer of 2012.

“We delivered 13 the first year and two more last summer,” said Brad Crompton, a biologist in the southeastern region office of the Division of Wildlife Resources (DWR) in Price. “The idea was to put them near headwaters [of Range Creek] and the upper canyons.”

Four of the moose cows have radio collars so that experts could track and observe their movements. What they found was that the moose were relatively quick to explore their new environment. Sightings were soon reported at a number of locations including the private Tavaputs Ranch on the plateau and the Range Creek Field Station in the lower canyon.

The most recent data estimates the region’s moose population to be about 30 animals. Crompton says the area has the potential to support roughly 75 moose.

The success of this translocation comes is particularly important given the fact that many moose populations across North America have seen their numbers decimated and the reasons are not exactly clear.

“Some of our bigger populations up north, like the ones around Cache Valley, North Slope, Ogden, some of the bigger populations where we’ve had moose for longer periods of time, showed substantial decline,” said Kent Hersey, Utah Division of Wildlife Resources’ big game project leader.

As for the reasons behind population declines, the Utah Division of Wildlife Resources cites various possibilities in its “Utah Moose Statewide Management Plan”. Such factors include disease, competition, poaching, predators and human interaction. The biggest issue, however, is habitat degradation and loss.

Perhaps the Range Creek Canyon moose population will be able to reveal more insight on the viability of alternative habitats, something that could help conservationists substantially.