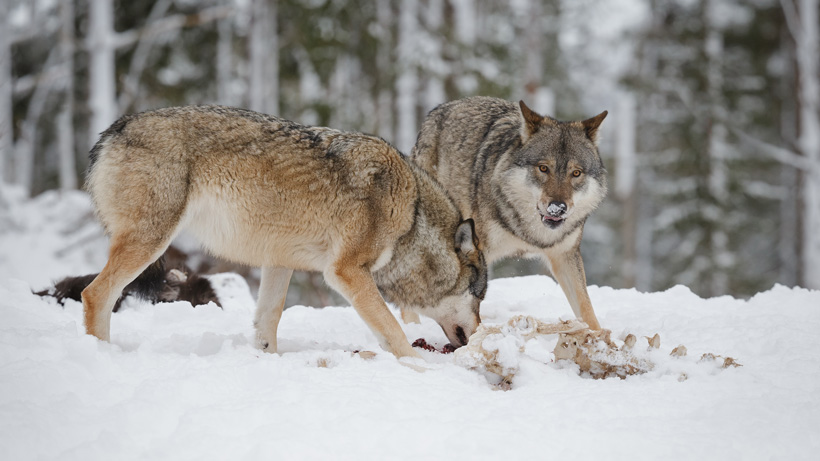 Montana hunters and trappers have taken 181 wolves so far – a number comparable to prior seasons held in the state. Yet, with the current hunting and trapping seasons set to close on March 15, Montana Fish, Wildlife & Parks (MFWP) believes numbers will stay “on par with past seasons,” according to a press release.

Last year, the state eliminated quotas and increased the number of trapping and hunting licenses allowed per hunter following the passage of legislation requiring the Fish and Wildlife Commission to adopt changes to the 2021/2022 wolf regulations in order to bring the wolf population “to sustainable levels.” Based upon those changes, the commission agreed upon a total number of wolves allowed to be harvested statewide: 450. If met, the commission would then reconvene to consider additional revisions to the regulations and season structure.

Also, The Fish and Wildlife Commission will meet Friday, Jan. 28, to review the wolf hunting and trapping seasons in FWP Region 3 as required by the decision the commission made on wolf regulations during its August meeting. The meeting will be streamed live on the FWP website. As wolf harvest in Region 3, which is generally comprised of southwest Montana, nears its threshold, the commission will discuss potential next steps and may act on some of them at this meeting. The Region 3 threshold is 82 wolves; as of Wednesday morning, the harvest for Region 3 is 74 wolves. 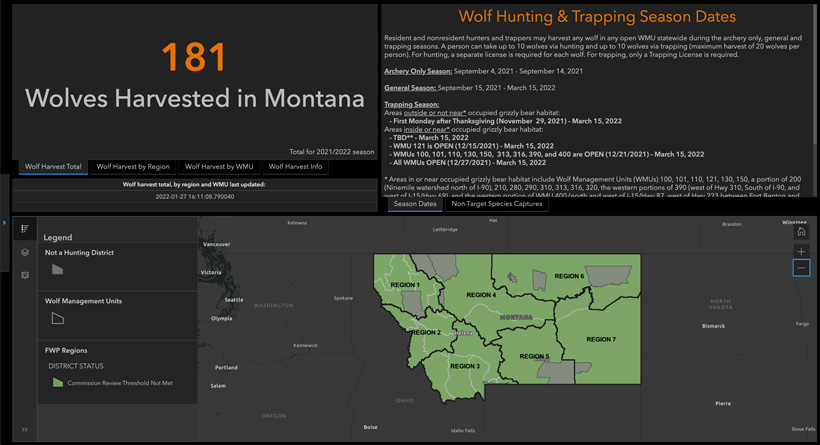 Want to keep tabs on how many wolves are harvested by region and wolf management unit? Check out MFWP’s wolf dashboard, which is updated several times each day.