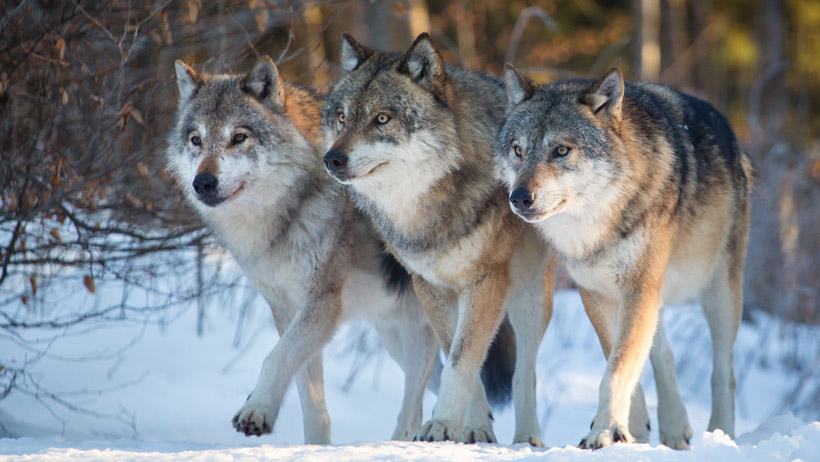 Montana announced a change in how the state will keep track of wolves in the near future: using hunters to map sightings. The data model, while still in development, will save the state money now that federal funding has ended following the five-year monitoring required by the U.S. Fish and Wildlife Service when protections were lifted in 2011. While Montana Fish, Wildlife and Parks (MFWP) currently employs six wolf specialists to track wolves year-round, the hope is by switching the methods used, the already expensive monitoring program will receive some reprieve since federal funds have ended.

According to The News-Review, pro-wolf groups and other wildlife advocates say that the new model will be “too unreliable to be used to manage the population,” which they are argue is already declining; however, MFWP biologists believe that the use of hunter sightings “typically puts wolf numbers much higher than the annual minimum counts.” The revised wolf count model that uses hunter data should be rolled out within the next three years.

“Back in the late ’90s, early 2000s, we could count every wolf in the state,” MFWP wildlife biologist Bob Inman told The News-Review. “As populations increased into the 700 to 1,000 range, we physically can’t do that anymore.”

While Montana has used the annual counts conducted by the wolf specialists as a reliable way to monitor populations, the state has also used the Patch Occupancy Model since 2007, which “uses data from hunter sightings and runs a formula with variables” – like territory or pack size – in order to determine a population estimate, The News-Review reports. These estimates are often higher than the wolf specialist tallies; in 2014, the model estimate was 61% higher than the physical count (2015 and 2016 data isn’t available until later this summer).

The state plans to use the annual counts while they work to improve the model with help from the Montana Cooperative Wildlife Research Unit at the University of Montana.