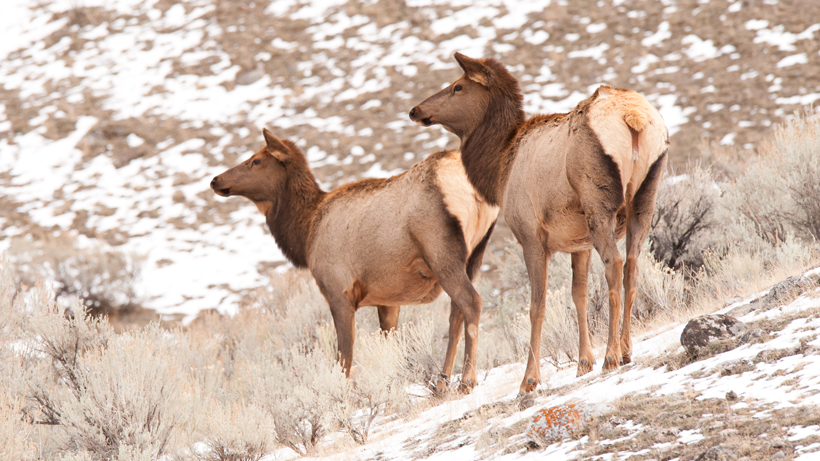 Montana’s deer and elk regulations are about to get a major shakeup. What does this mean? Potential changes to hunting districts and license structures, the Ravalli Republic reports.

“Hunters have told us for years that our regulations are too complicated,” said Montana Fish, Wildlife and Parks (Montana FWP) Director Hank Worsech. “Past efforts to simplify the regulations have mostly resulted in small changes every two years. It’s time to take a more holistic look at the regulations to make them more understandable and effective.”

With the first draft of the proposed changes now available for public comment through Oct. 20, hunters can see what changes may be in store for the next biennial season-setting session.

“Hunting districts that have been managed the same way forever are now going to be gone,” said Tony Jones of the Ravalli County Fish and Wildlife Association. “People need to be aware because next year there could be some big changes for sportsmen when they get their regulations.”

For example, in the Bitterroot, Montana FWP biologists have proposed eliminating HD 261, which is considered “a coveted trophy mule deer buck hunting district,” dividing the district so that the northern portion is absorbed by HD 204 and the southern end by HD 270. The change would create a new boundary line between the expanded districts: Willow Creek, according to the Ravalli Republic. Montana FWP also wants to remove a permit requirement that maintains hunter numbers “at manageable levels in the valley’s most popular elk hunting district,” which is HD 270.

“We have an opportunity to make changes,” said Montana FWP biologist Rebecca Mowry. “I personally am more than willing to make changes, but I have to have justification, whether that be biological or social.”

However, while Jones says the change makes sense for elk, he doesn’t agree with the proposed change for HD 261, which had nearly 1,300 hunters apply for the 15 available mule deer buck permits last year, according to the Ravalli Republic.

“That shows how popular it is,” said Jones. “Right now, the bucks aren’t used to being pressured. Opening up half of it to a general season would wipe out those big bucks. In the name of simplifying regulations, we would throw away 20 years of management that’s created a very special mule deer permit.”

Other proposed changes include the removal of a required unlimited brow-tined bull elk permit for HD 270. While the permit doesn’t limit hunters from hunting elk in other parts of the state, it does require them to relinquish their first choice for the special elk drawing. Prior to this permit requirement, once elk migrated from the Big Hole to their winter range in the Bitterroot, hunters would come out in droves to hunt.

“Without the unlimited permits, we are afraid that there will be an overharvest of the bulls that migrate into the Bitterroot,” said Jones. “This year, more people than ever applied for the unlimited permit. More guys kill more elk. Without that permit, people are going to put incredible pressure on the elk.”

Click here to read about the proposed changes and to comment if you want to weigh in. The Fish and Wildlife Commission will meet on Dec. 14 to discuss the proposed changes before opening up a second 30-day public comment period. Final decisions on hunting regulations will occur in February.