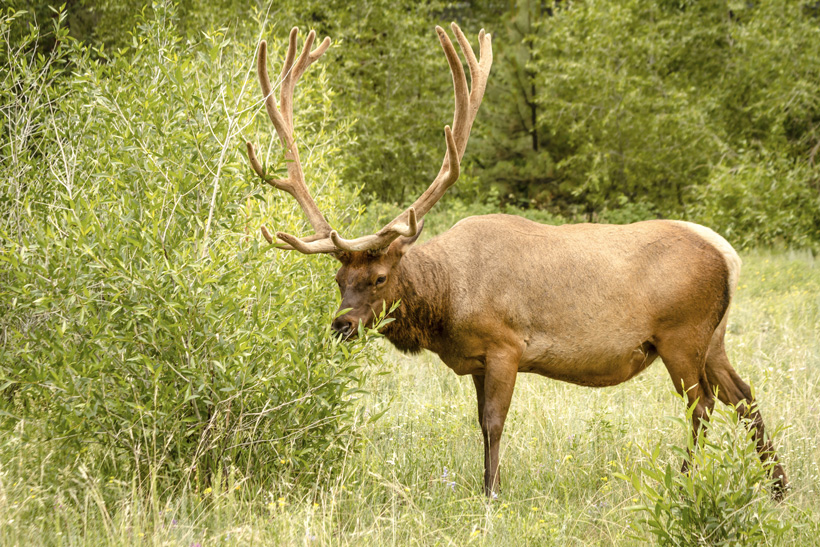 A three-year study focused on Montana elk ecology and elk calf predation is complete and the results are rather startling. Elk appear healthier, with more body fat during winter months and more pregnancies, if they reside in the east fork of the Bitterroot Valley, than elk who live in the west fork. In fact, researchers from Montana Fish, Wildlife and Parks (MFWP) even found that west fork elk are more likely to be a predator’s next meal.

The study, “Top down and bottom up effects on elk survival and recruitment in the Bitterroot Valley,” was a cooperative project between MFWP and the University of Montana. Many local conservation and sportsmen’s organizations also contributed to cost of the study. The research was presented last week during a meeting hosted by the Ravalli County Fish and Wildlife Association.

Researchers started the study following a major decline in elk calf survival rates that began in 2005. According to The Missoulian, in order to monitor the current elk populations, they captured calves and attached ear tags with radio transmitters that emitted a mortality signal when one died. Researchers then found the calf and tried to determine the cause of its death.

While the study uncovered that mountain lions appeared to be the reason behind high elk calf mortality, researchers also focused on the role that habitat plays in herd health and herd location. Lead researcher Kelly Proffitt says that habitat definitely factored into the elk populations in the east and west forks, saying that “habitat drives ungulate populations.”

Many were surprised that the top predator was not the newest predator to the area: wolves. MFWP officials are already utilizing the information from the study to lengthen mountain lion and black bear seasons within the region. Proffitt says that researchers will return to the southern Bitterroot Valley next spring to repeat the calf survival study and re-evaluate the number of mountain lions in the area.