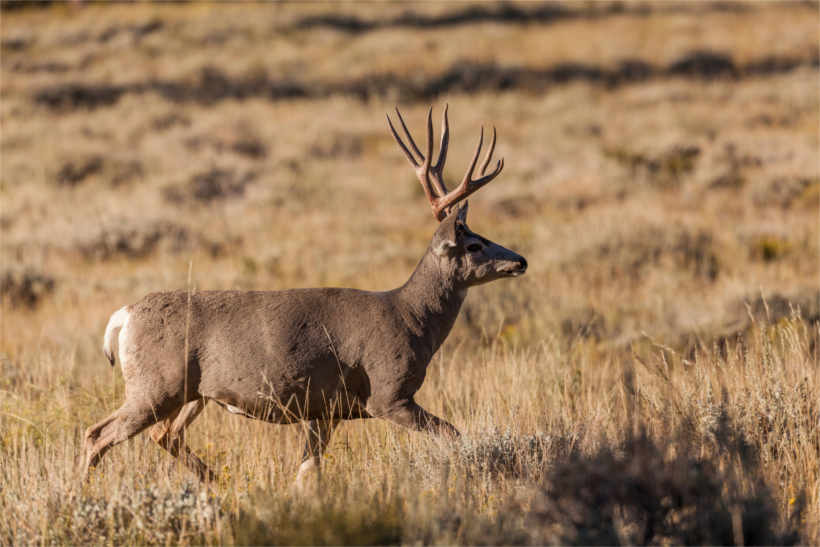 Helena, Montana is home to a dense population of urban deer and the city says without proper management, that population could easily become overwhelming. This is why, in 2007, members of the City of Helena Urban Wildlife Taskforce (the Taskforce) created an urban deer management program that included an annual cull. Now, with proof that this plan actually works, the Taskforce is requesting that Montana Fish, Wildlife and Parks (MFWP) continue the program.

“Since the program started, our calls have gone down -- we still do get calls for injured deer or dispatched to wrecks with cars -- but the calls are down and have held steady,” says Helena Police Chief Troy McGee. “It seems to have been fairly successful.”

According to the Missoulian, Helena police reported a five-year low in deer-related calls in 2014 with only 154 calls. Yet, as of Dec. 15, calls were up to 224 – a sign that an increase in the overall deer population is most likely the culprit, illustrating the need for constant management to control the burgeoning numbers.

During its Dec. 10 meeting, MFWP proposed the 2016-2017 culling quota for Helena. If approved, the culling quota could be set anywhere between zero and 250, depending on the number of deer. The 2015 quota was set at 130 deer with a provision to allow up to 180 if more bucks were taken than does. According to the Missoulian, 50 deer have been removed since the program began on Nov. 15 and the meat is donated to the Helena Food Share. More than 3,700 lbs of venison have been donated over the past two years thanks to this program.

Public comment on the proposed plan is open through 5 p.m. Jan. 22. The final plan will be approved during the Feb. 11 commission meeting.