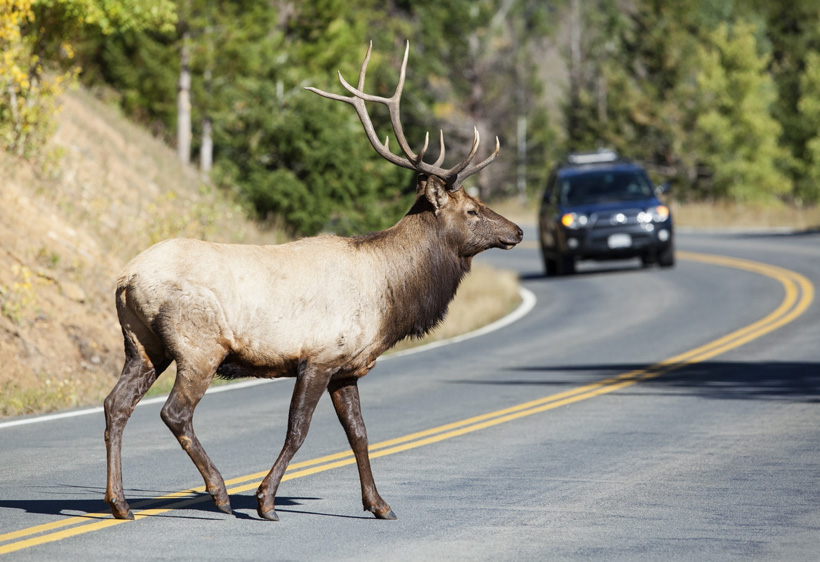 Many Montana residents are taking advantage of a new roadkill salvage law passed earlier this year that allows residents to take home wildlife killed by vehicle collisions with the only requirement being a special permit that can be printed off at home. More than 800 permits have already been issued.

Rep. Steve Lavin (R-Kalispell) carried the bill in the last Legislature and said that the purpose behind the new bill was so that wildlife killed in vehicle collisions no longer went to waste and instead could help fill the freezers of people who could use it.

Under the new law a person is allowed to pick up deer, elk, moose or antelope and must download a free permit called a vehicle-killed wildlife salvage permit from the Montana Fish, Wildlife and Parks’ website within 24 hours. Officers who respond to wildlife-vehicle collisions may also issue these permits. Game wardens are permitted to verify any roadkill claim and can inspect the animal. All meat must be used for human consumption and cannot be sold.

Montana ranks third in the nation for wildlife-vehicle collisions with drivers having a one in 75 chance of hitting an animal. Based on Montana’s wildlife population, the majority of roadkill retrieved are whitetail deer, mule deer, elk, and moose.

Neighboring states, like Wyoming, have considered similar bills to permit roadkill collection; however, previous attempts have not passed due to concerns that poachers would run over healthy animals in order to claim them.

“The potential for abuse is not unique to this program; it happens with wildlife in general,” says Jim Kropp, Montana Fish, Wildlife and Parks’ chief of law enforcement.

Hopefully that won’t be the case and this roadkill salvage bill will provide a minor positive result for wildlife-vehicle collisions.