Montana's "special" CWD hunt is over 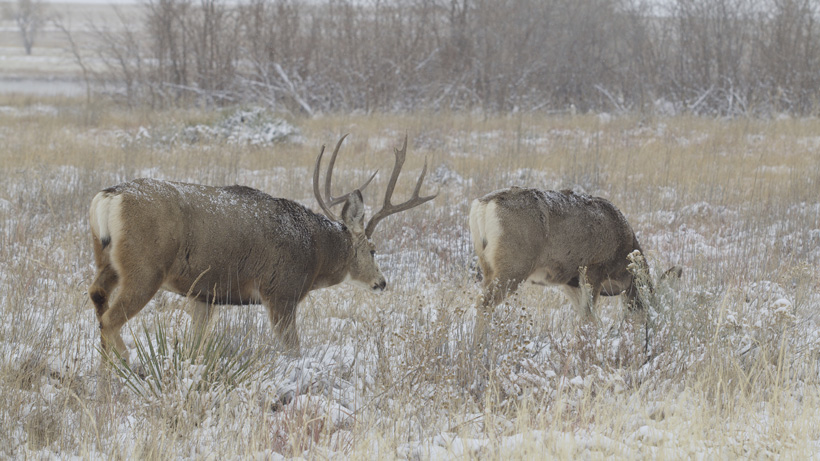 Montana’s “special” chronic wasting disease (CWD) hunt in Carbon County ended last week. Montana Fish, Wildlife and Parks (MFWP) held the “special” hunt to determine how far CWD had spread after six deer tested positive for the disease during general rifle season. The “special” hunt was to end on Feb. 15 or when hunters had met the quota. According to an MFWP press release, the total of deer harvested were 216 mule deer and 123 whitetail.

As goHUNT previously reported, the two-month “special” hunt began on Dec. 15, 2017. Biologists collected samples of mule deer and whitetail deer from all animals killed to gauge how widespread the disease is. CWD can only be confirmed in dead deer. They set a quota of 200 mule deer and 200 whitetail deer to get a “statistically valid sample,” according to MFWP. Biologists are still waiting for the results of the last tissue samples, but say that seven mule deer in southern Carbon County, one whitetail deer near Joliet and one mule deer in northern Liberty County have tested positive for CWD.

Once the final results are in, MFWP will decide what the next steps will be to keep CWD under control. The agency has already set up a transportation restriction zone “that precludes hunters from removing certain parts of deer killed in much of Carbon County to any place other than Carbon and Yellowstone counties,” according to a press release.