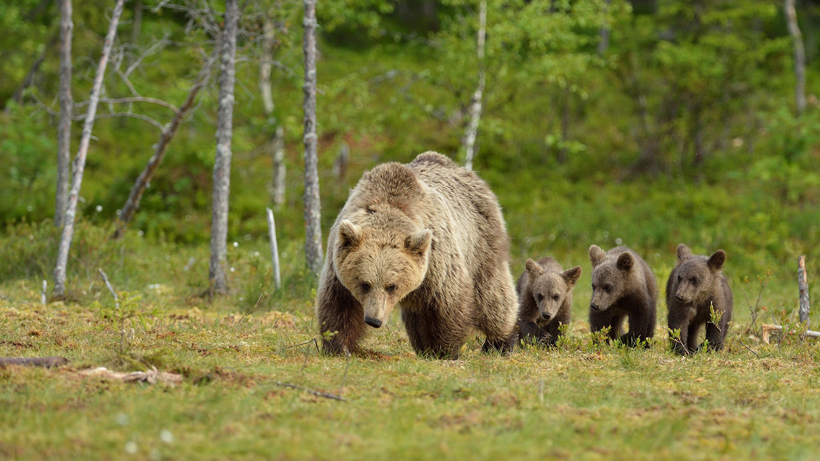 Interested in some wildlife management reading? Montana Fish, Wildlife and Parks (MFWP) recently published annual reports for Region 1 grizzly bear, black bear and mountain lions. The reports, which are available here, were put together by MFWP bear and lion specialists and, according to the agency, “provide an overview of management work, conflict response and prevention, monitoring, mortalities, public outreach and more in 2018.”

Of course, minimizing human-wildlife conflicts and maximizing human safety were among the top priorities within the reports and many of these interactions can be prevented. For instance, most of the grizzly bear conflicts that occurred in 2018 involved “unsecured food attractants” like garbage, pet food, chicken feed, bird feeders and untended chest freezers. Simple prevention methods like installing electric fencing, using bear-resistant garbage containers, providing more education opportunities and promoting general tolerance to living among wildlife could “prevent conflicts from occurring in the first place,” wrote Tim Manley, Region 1 wildlife management specialist.

MFWP reported 23 captures of 20 individual grizzly bears in the Northern Continental Divide Ecosystem portion of Region 1 in 2018. Four were euthanized; all but one was captured on private land. According to the reports, there were 975 black bear-related calls in the greater Flathead Valley, which is more than has occurred over the past 10 years; however, the number of on-site visits (95 total) was below the 10-year average. Only 22 black bears were captured in 2018, which is also lower than the 10-year average of 35.

Regarding mountain lions, Erik Wenum, MFWP bear and lion specialist, said that northwest Montana had the highest density, most likely “related to the concentration of deer and elk in their winter and summer ranges at the edges of the valley.” And, while MFWP wildlife management specialist Kim Annis confirmed 109 bear-related calls, none of the Cabinet-Yaak grizzly bears were captured, relocated or euthanized last year.

As always, it’s extremely important to stay vigilant when hunting in bear country. Region 1 is home to a healthy population of grizzly bears, black bears and mountain lions. Review MFWP’s precautions to stay safe when out in the backcounty.