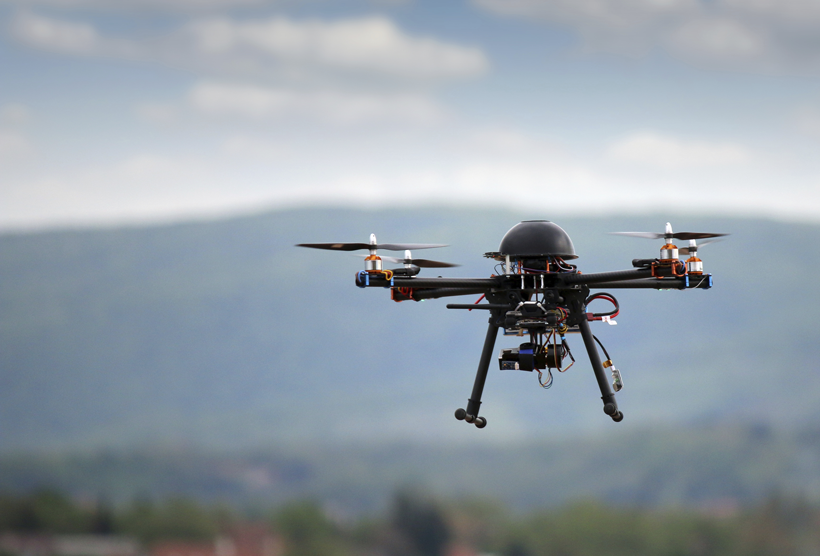 Montana legislators are considering a new bill that would ban the use of drones to harass anglers or hunters and limit where – and when – the unmanned aerial devices could travel. With the influx of drones now in civilian hands, House Bill 278, which is sponsored by Rep. Jeff Essmann (R-Billings), is a way for Montana officials to continue to regulate the use of drones through state airspace.

"We don't think there's any room for drones out there," says Mark Holyoak, Rocky Mountain Elk Foundation Director of Communication. Montana has already banned the use of drones for tracking animals during hunting season. This new bill will take drone regulation a step further, one that seems to be more preventative than reactionary.

Drones are unmanned aerial vehicles that can be flown by remote. The military has used them for years, but recently it has become a consumer devise, taking video and pictures. Drones have the ability to wirelessly beam video images and GPS coordinates to the controller, allowing the user to see where to fly the drone beyond their field of sight. A drone even recently flew onto the grounds of the White House, illustrating that regulations beyond the FAA restrictions are necessary for this sort of technology.

Montana hunters and anglers have reported drone harassment and officials want drones banned from the state. “The drone sat there and watched me for 10 minutes,” said Todd Eames, an angler, while testifying before the House Fish, Wildlife and Parks Committee last week. “Our biggest concern was who was watching us.”

Organizations in support of the drone ban like the RMEF believe that drones can have negative effects on wildlife in ways drone operators may not even be aware of. “If you're in a time of year right about now when elk are pregnant, and you're harassing elk," says Holyoak. "A lot of times you're pushing them around, that can cause some problems with the fetuses."

Few oppose the bill and both agricultural and sporting organizations seem to be united in their support. John MacDonald, a representative of the Montana Newspaper Association, opposed the section that addressed photographing a person in a public place, saying that “when in the public, there is no expectation of privacy.”

Should the bill pass, Jim Kropp, chief of law enforcement for Montana Fish, Wildlife and Parks, believes that it will be difficult to enforce, noting that there have not been any complaints of drone use during hunting and game wardens have not found anyone using drones for hunting or scouting.

According to the Bozeman Daily Chronicle, should HB 278 pass, if someone is found guilty of harassing a hunter or angler with a drone, that person would carry a fine of $300 to $1,000 and up to six months in jail; the fine increases to $500 to $2,000 if the drone was used to hunt big game.

The bill is currently under review by the House Committee on Fish, Wildlife, and Parks.