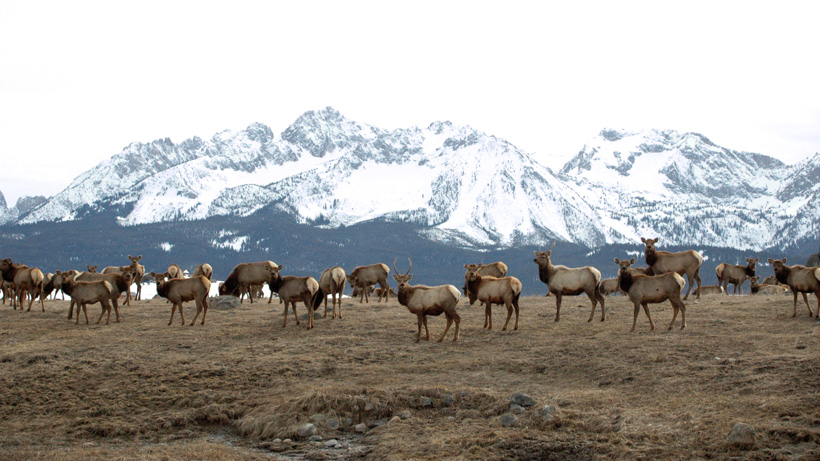 Montana Fish, Wildlife and Parks (MFWP) have proposed an elk shoulder season on the Spotted Dog Wildlife Management Area (WMA) to help manage the flourishing elk population within the 38,000-acre WMA. The proposed walk-in hunt will replace MFWP’s initial suggestion of holding a limited late-season elk hunt; public feedback influenced that decision, the Independent Record reports. The hunt would take place in Hunting District 215, which is located near Elliston, Montana.

“Since we purchased Spotted Dog in 2010, elk populations have increased from 1,716 to 2,850, so they’ve more than realized anybody’s vision for growing elk,” MFWP Regional Wildlife Manager Mike Thompson told the Independent Record. “It’s so far above objective that we have to reduce this population or mathematically it’s going to get away from us.”

However, the proposed hunt isn’t supported by everyone. In fact, Nick Gevock, who serves as conservation director of the Montana Wildlife Federation, says that WMAs shouldn’t be open to shoulder seasons and to do so would be a “major policy change.”

“It runs counter to what shoulder seasons are subject to do with wildlife on private ranches and farm lands,” Gevock told the Independent Record. “WMAs are lands purchased specifically for wildlife, and Spotted Dog is prime winter ground.

MFWP will hold meetings across the state to discuss upcoming proposals and suggested changes to Montana’s hunting seasons. If you are interested in commenting on the proposed seasons, you have until Jan. 24 to do so. Click here for more information.