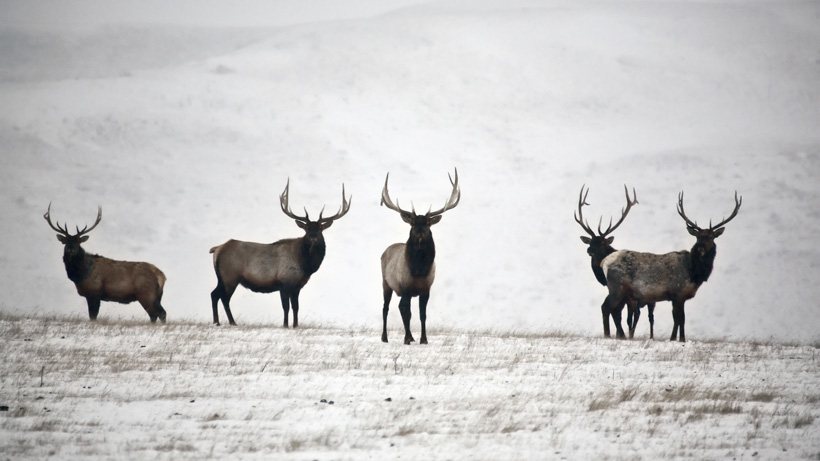 There are changes in the works for Montana elk hunters as Montana Fish, Wildlife and Parks (MFWP) considers some new ways to manage elk populations for improved hunting opportunities on public land. With 14 hunting districts (HD) 200% over objective due to a burgeoning elk population across the state, the problem is in the data: the majority of elk seem to be congregating on private land, which results in limited opportunities for public land hunters, according to the agency.

“What we know is the status quo isn’t working,” said MFWP Director Hank Worsech. “So, we’re going to propose a few new strategies we think can finally help us make progress in addressing the problem, both for hunters and for landowners.”

The following strategies should help better manage elk to meet population objectives, address issues with elk gathering on agricultural land and, generally, provide improved hunting opportunities. Per MFWP, these proposed changes would apply to the 14 HDs with limited permits that are currently way over objective:

“We can’t keep doing the same thing over and over again and expect a different result. We have to try something different. This proposal is a new strategy we can implement for two years and see if it has the desired effect – more elk harvest, better elk availability on public lands, fewer landowner conflicts, and elk at population objective,” said Worsech. “In some hunting districts, we have broad public tolerance or outright support for limited permits, and we want to keep those in place.”

MFWP will propose these proposed changes during the Dec. 14 meeting of the Montana Fish and Wildlife Commission. Stay tuned to goHUNT for further updates.