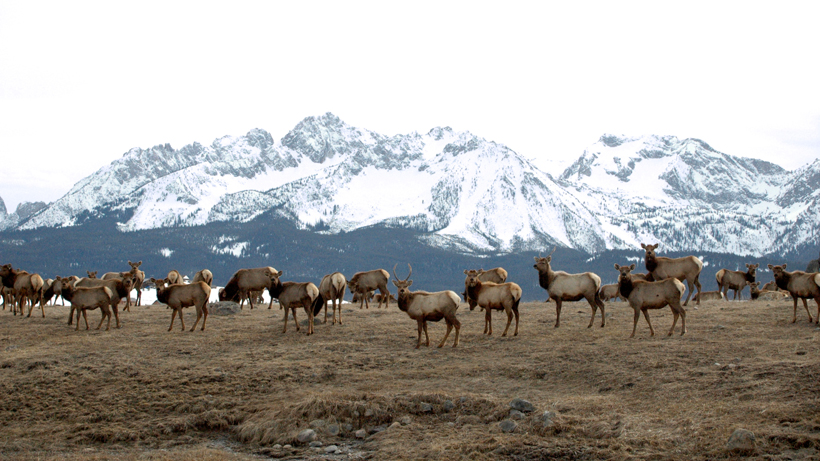 Get ready for some substantial changes to hunting elk in Montana. Last week, Montana Fish, Wildlife and Parks (Montana FWP) introduced a proposal that would change how hunting is handled in Region 2, making “it more difficult for hunters to harvest elk,” according to The Missoulian. The proposed changes would affect the Spotted Dog Wildlife Management Area (SD-WMA) as well as hunting district (HD) boundaries in the Upper Clark Fork and Philipsburg valleys. Proposed changes could also eliminate region-wide elk B licenses.

Mike Thompson, Montana FWP’s Region 2 wildlife manager, said the agency has recommended that SD-WMA returns to offering elk antlerless permits due to “pretty severe” congestion in HD 215. The elimination of elk B licenses is also due to too many hunters who then tried to gain permission to hunt on private land.

Region 2 shoulder seasons could change, too. While Montana FWP would keep the early shoulder season that runs Aug. 15 through the start of general season, the agency would end Region 2’s shoulder season on Jan. 15, which is one month earlier than other districts. Those end on Feb. 15.

“That’s been really handy for landowners because it seems in that early part of the season the hay and grain crops haven’t been harvested yet, and the elk like to come in and eat, then lay down so it’s unharvestable,” Thompson said. “So if they can get a couple hunters come in and kill an elk, it scares the rest off. That seems to be really reasonable.”

Also, up for public comment is the newer legislation passed in 2019 that gives hunters permission to purchase a third elk license. According to The Missoulian, the reason behind this is to increase the number of successful elk harvests; however, “only about 20% of elk tags are filled…so it’s not clear what the impact would be from the extra license.”

All of these proposed changes are part of Montana FWP’s regular two-year review of ways to “help manage the size of elk and deer herds to meet population ‘objectives’” and include a variety of factors, including landowner preferences and “carrying capacity of the land,” according to The Missoulian. With about 134,000 elk in Montana—which is roughly 20,000 over objective—Montana FWP had used the shoulder seasons to manage the population; however, some hunters thought the extended season led to pressure on pregnant cow elk or nursing calves. Further, many hunters said that the elk were not over objective on public lands—only private land.

Montana FWP will hold nine meetings in Region 2 in order to collect public comment on the proposed changes before the commission’s February meeting. Public comment meetings will be held at the following places:

If you can’t attend a meeting and still would like to comment, you can send comments to fwpwld@mt.gov. The deadline for all comments is Jan. 22.

The proposed changes will be finalized during the commission’s meeting on Feb. 6.