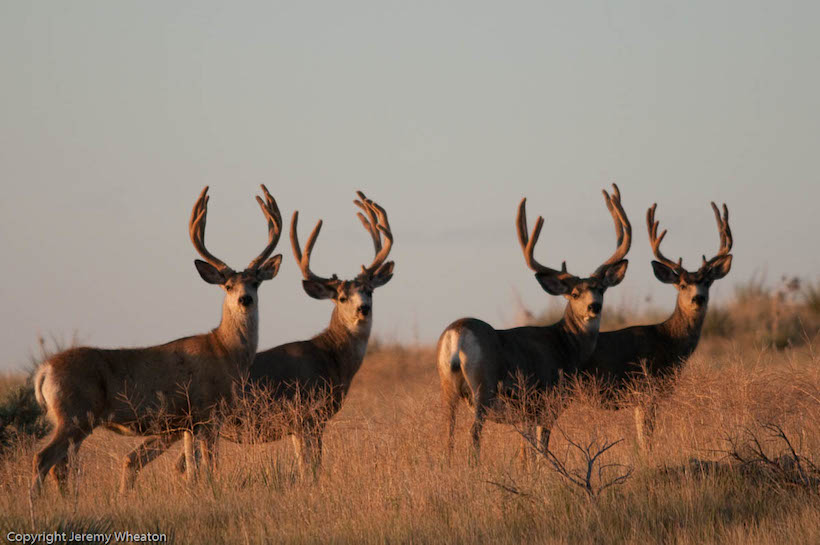 Montana Fish, Wildlife & Parks (FWP) has released the findings of its aerial survey of mule deer populations in the northeastern part of the state — and the results are positive.

Mule deer in most areas are approaching long-term-average (LTA) numbers again, said FWP Biologist Scott Thompson. The center and western third of the Region 6 survey area are at or just below LTA (within 10%) while the eastern third is now at or above LTA level.

The eastern third also saw the higest number of fawns to adults, which indicates over-winter survival as well as recruitment into the population. Across Region 6, the ratio is 57 fawns to 100 adults.

"The trend still shows an ongoing, gradual recovery across the Region," Thompson said.

How will this impact the setting of hunting season dates and quotas?

They will also consider the prior year’s harvest, weather and habitat factors, as well as additional input gathered from landowners, hunters, the general public and other agencies.

For the 2014 seasons, all Region 6 hunting districts will be managed under a restrictive mule deer season, reports AmmoLand.

Only antlered mule deer bucks — or either-sex whitetails — can be taken with a “Deer A” license. Apart from some possible game-damage hunts where local populations are higher, antlerless mule deer “B”licenses will not be issued this year.