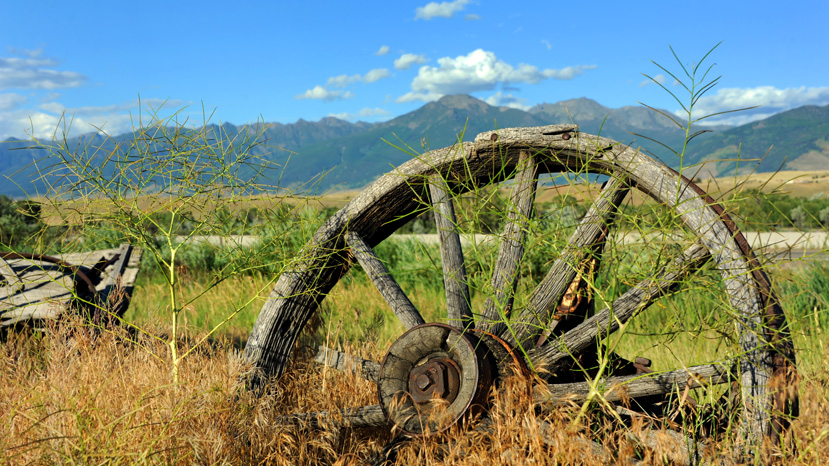 Major land deals can be complicated and this one is no different. Montana Fish, Wildlife and Parks (MFWP) and The Trust for Public Land (TTPL) is in the process of purchasing land owned by Weyerhaeuser, a real estate investment trust company. The transaction will protect important acreage that serves as habitat for elk, moose, mule deer, wolves, black bears and grouse and as a migration corridor for grizzly bears. The purchase would transfer roughly 22 square miles to TTPL for conservation, the Independent Record reports.

Weyerhaeuser purchased the 13.398 acres from Plum Creek Timber in 2016. While the parcel could be sold to any interested real estate development firm, Weyerhaeuser opted to give TTPL first dibs.

“The land could have easily become another high-end subdivision or golf course,” Kris Tempel, resource specialist with MFWP’s Habitat Conservation Program, told the Independent Record. Tempel says that because of the high wildlife traffic, it was essential for MFWP to become involved in the transaction, which is why MFWP has proposed to purchase a conservation easement on 16 sections – or 10,218 acres – of the acreage dubbed the Lazy Creek Conservation Easement. Once established, the Montana Department of Natural Resources and Conservation (MDNRC) plans to “purchase the underlying fee ownership from the Trust,” according to the Independent Record.

While the deal is great for wildlife – the area is also key for watershed protection – it is far from easy.

“It’s one of the most complicated projects that I’ve worked on,” says Tempel. “It’s also a very exciting project that’s taken several years to put together. The finish line is coming.”

Funding will come in two phases with the first one expected to be completed by the end of this year. Donors consist of a multitude of federal and state agencies and sources, including the U.S. Forest Service Forest Legacy Program, U.S. Fish and Wildlife Service Habitat Conservation Plan Land Acquisition Grant, hunter license dollars via MFWP’s Habitat Montana Program and additional private funds from TTPL. So far $9 million in federal funding and $1 million in state funding has been secured for the purchase of phase one – approximately 7,018 acres; funding for phase two is underway, the Independent Record reports.  Habitat Funding has promised an additional $1 million for each of the two Lazy Creek Conservation easement phases with TTPL paying any residual costs.

The plan is for MFWP or the MDNRC to eventually acquire ownership of the full acreage. Those interested in commenting on MFWP’s draft environmental assessment for the Whitefish Lake Watershed Project can submit comments to nivy@mt.gov until July 12.