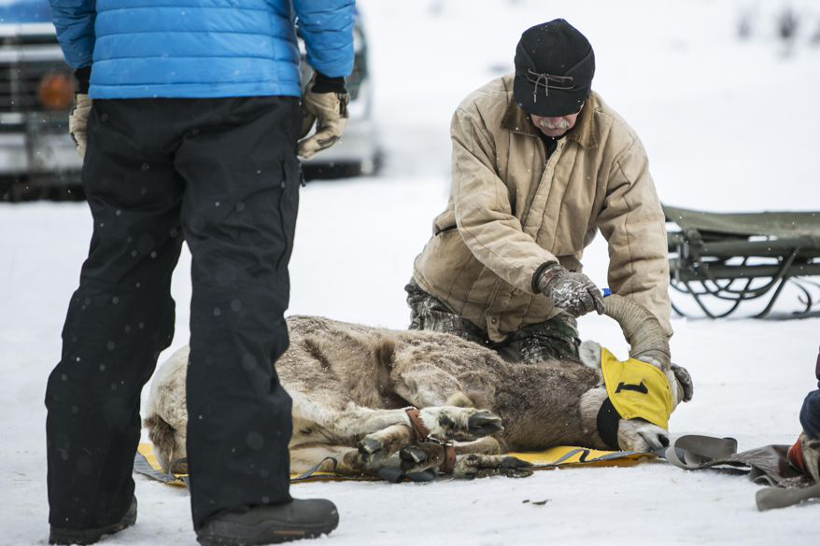 In an effort to boost diminishing bighorn sheep herds across the state, Montana Fish, Wildlife and Parks (MFWP) relocated about 20 Quake Lake bighorns late last week to the Wolf Creek area. This is the second attempt at moving sheep from one population to another to help restore bighorns and expand their range. During the first try, most of the relocated bighorns returned to the Quake Lake area; only a few remained in Wolf Creek and several traveled between the two places.

According to the Washington Times, MFWP officials have promised five new “viable and huntable” populations of bighorns by 2020, but the reality is that these relocation attempts haven’t proved successful. Quentin Kujala, MFWP’s wildlife management section chief, added that “they really haven’t made much progress on that.”

Historically, bighorn sheep have suffered massive die-offs due to disease and many of the herds are declining in health and numbers. Montana’s push for recovery is one step in the right direction and biologists working with the bighorns are optimistic. Julie Cunningham, who is the regional MFWP biologist leading the transplant, hopes that the second attempt will be successful and become a “model for restoration projects around the state.”

With plenty of natural habitat within Montana, wildlife biologists, conservationists and hunters all hope that this time, the relocation efforts will boost herds and assist in the future of bighorn sheep within the state.