Montana may move sheep out of state 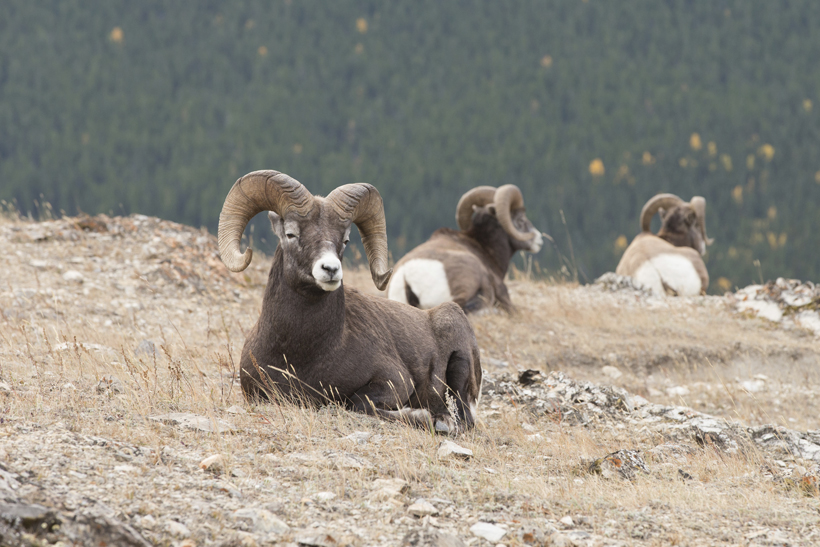 Montana wildlife officials are considering a move to transplant bighorn sheep out of the state as it becomes increasingly more difficult to find suitable habitat for the animals in state.

Montana is home to more than 5,000 bighorn sheep in 45 distinct populations from the Idaho border east to the Missouri River Breaks. Over the past ten years, the state has become renowned for producing large rams and even claims nearly half the Rocky Mountain bighorns entered in the Boone and Crockett Club records.

These achievements can largely be attributed to the state’s management program of trapping and transplanting bighorn sheep, which played a pivotal role in restoring the population.

Wildlife biologists estimate that at one point, more than 100,000 bighorn sheep may have lived throughout the western mountains and eastern badlands of what is now Montana. Like many big game species, however, bighorn sheep suffered greatly after settlers arrived. Excessive hunting and rampant disease decimated populations and by the turn of the 19th century, bighorn numbers statewide were plummeting.

Montana state legislature responded to the sharp decline by instituting hunting seasons and limits in, but it was too late. In 1916, a poacher killed the last of the Montana badlands wild sheep and over the next two decades, deteriorating habitat conditions and harsh winter weather led to large die-offs in the state’s largest remaining herd along the Rocky Mountains. By 1941, a report from the Department of Fish and Game (as it was called in those days) stated that Montana’s bighorn sheep population had reached “a low ebb both in density and distribution.”

Biologists estimate that there were less than 1,000 bighorns left in Montana.

It was around this time that the Montana Fish and Game Department began trapping and transplanting bighorns to new areas to expand distribution and augment numbers. They reestablished new populations in the Gates of the Mountains, West Fork of the Gallatin, Missouri River Breaks as well as a number of other sites. Over the next several decades, Montana wildlife officials had helped to restore a severely reduced population.

The trap-and-transplant strategy had not only helped spur population growth within Montana, but in other states as well. By the winter of 2008-09, a total of 2,598 bighorn sheep had been trapped in Montana, with a total of 465 bighorns transplanted out of state in order to establish new populations or bolster existing herds. States receiving bighorns from Montana included Oregon, Idaho, Washington, Nebraska, Utah, Wyoming, Colorado and North Dakota.

In 2009, however, wildlife commissioners adopted a policy against moving the animals to other states. The move was largely attributed to the request of local hunters.

Without the option of relocating the sheep to habitats outside of Montana, wildlife officials have focused efforts on finding suitable range within the state. This, however, has proven to be increasingly difficult.

Bighorn sheep require a combination of four habitat elements: sufficient wild grasses and forbs, reliable water sources, wide visibility to detect predators, and steep, bare slopes nearby for evading danger. There is not only a limited amount of land that fits this description, but a variety of variables that impact the land that does.

Some solutions to this habitat loss include using sheep and goats to eat the weeds. This, however, increases the risk of domestic animals crossing paths with the wild sheep and spreading disease. Montana Fish, Wildlife and Parks do not recommend the placement of bighorn sheep within 14 miles of domestic sheep herds without clear physical separations.

There has also been the issue of human encroachment. Urban development has displaced wild sheep from historical range and fragmented their habitat. An increasing number of sheep are wandering across highways and getting killed by motor vehicles. In northwestern Montana, more than 400 bighorns from the Thompson Falls herd have perished from vehicle collisions since 1985.

The challenge of finding suitable Montana habitat is also time-sensitive. The larger a herd grows, the greater the chance of a devastating disease outbreak.

“When you get abundant sheep in these wild populations, if they get overpopulated they have more potential problems with disease,” said agency spokesman Ron Aasheim. “We just haven’t had any luck (with in-state transplant sites.) Out-of-state right now appears to be the option.”

Montana Fish, Wildlife and Parks officials will make their case for the change in policy this week at a meeting of state wildlife commissioners in Bozeman.

As of now, a request is pending from South Dakota to receive transplanted bighorn sheep this coming winter. Washington and Nebraska have also requested animals for the winter of 2015-16.