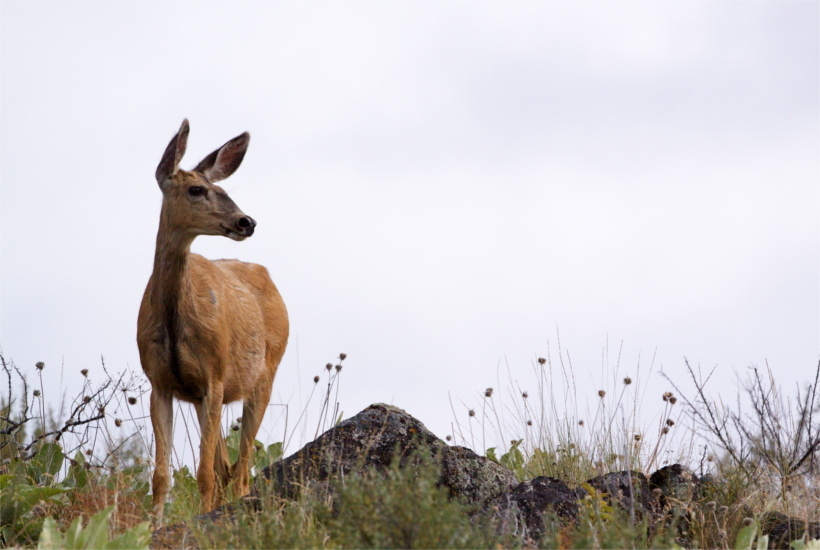 Mule deer have made an incredible comeback in southeastern Montana. So much so that Montana Fish, Wildlife and Parks (MFWP) officials have prescribed an increase in doe harvest for the upcoming season.

While mule deer weathered a major decline in 2012, current surveys in Region 7, which includes Garfield, Rosebud, Custer, Powder, Carter, Fallon, Dawson, Prairie, Wibaux and some of Treasure counties, all show an increase in mule deer numbers, according to the Missoulian.  Historically, this spike in mule deer numbers seems to occur every 15 years before a major decline happens. By increasing doe harvest this year, both Vore and Schmitz believe it will help keep populations at a steady climb, rather than the highs and lows recent years have seen.

Officials have proposed offering 4,500 to 7,500 doe licenses this year, which would boost the harvest rate for the region to about 11,000 deer. According to Schmitz, this “flexibility provides game managers the ability to increase the harvest if game damage complaints increase.”

The public will be allowed to comment on this proposal until June 24. The proposal will be discussed during the Commission’s July 14 meeting.