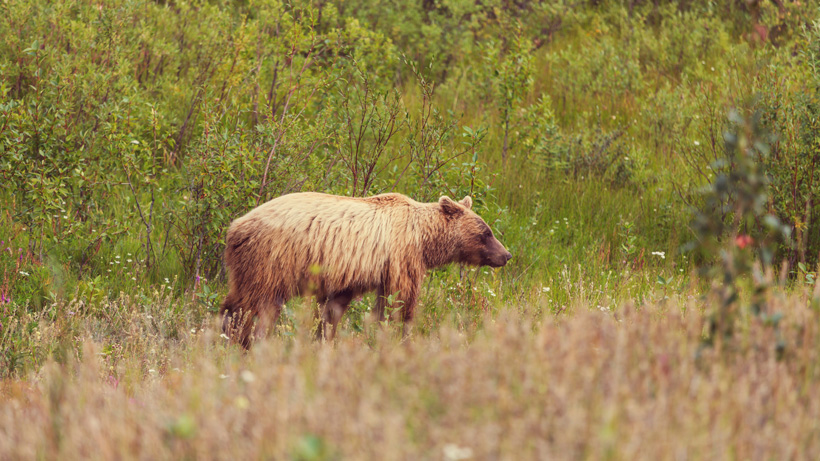 A Montana man is in trouble for keeping an unusual souvenir—grizzly claws that came from an attack. Bryan Berg appeared in U.S. District Court in Missoula this week and pleaded guilty for the illegal transport of grizzly bear claws (a violation of the Lacey Act). Berg claims he kept the interesting memento after shooting the animal in self-defense in the Bob Marshall Wilderness and pushing it over the side of a mountain in 2017, the Flathead Beacon reports.

The confrontation was never reported and Berg took the bear claws to Washington. A tip linked Berg to the dead grizzly bear without any claws that U.S. Fish and Wildlife Service agents found in the Hart Basin area. A necropsy confirmed that the bear had died from a gunshot wound, according to the Flathead Beacon.

In Northwestern Montana, grizzly bears are considered a threatened species.

When talking with Montana Fish, Wildlife and Parks investigators, Berg, who gave them photos and videos as well as the claws during his inquiry, said he was angry at the bear.

“I was so [expletive] mad at it because he was going to eat me, I know he was,” Berg told investigators. “So I basically said, ‘Hey, [expletive] you,’ and I cut his claws off. I did. I wanted to keep them as a memento.”

Berg knew it was illegal to not report the incident, but said, “I was [expletive] terrified and thought I would roll the dice.”

He was sentenced to three years of probation and ordered to pay $5,000 in restitution. The additional charge of failure to report the shooting of a grizzly bear within five days was dropped.