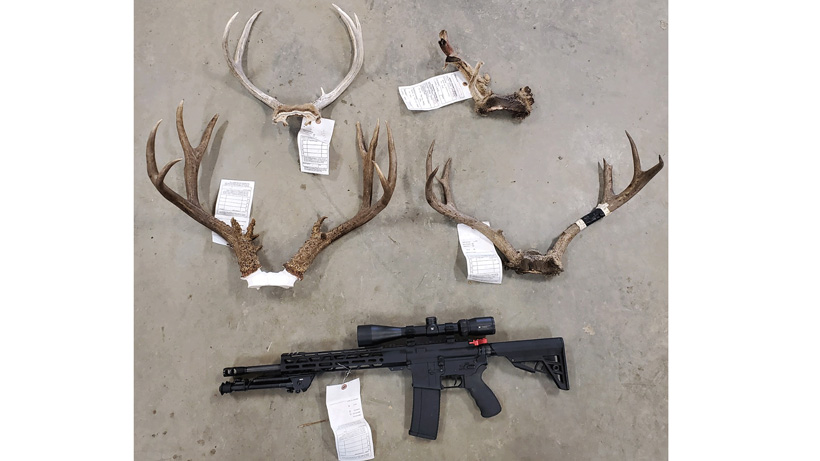 A Montana man recently lost his hunting privileges for the next 16 years after poaching four mule deer bucks last October. Brayden Reed was convicting of spotlighting and shooting two bucks on Oct. 2 and a third buck on private property on Oct. 8 before taking them to BLM’s Ah-Nei Recreation Area where he removed the antlers and backstraps, according to a press release.

Reed did not have a valid hunting license at the time nor tags for any of the deer. All of the incidents occurred before the start of general deer season on Oct. 23. The bonus? During the investigation, Montana Fish, Wildlife and Parks game warden Connor Langel also discovered a fourth illegally killed mule deer.

Along with losing his hunting privileges in all states that honor the Interstate Wildlife Violator Compact, he is required to pay fines and restitution exceeding $6,000. He also forfeited the rifle used to kill the deer.

Reed was discovered thanks to a tip phoned into MFWP’s call-in number at 1-800-TIP-MONT.