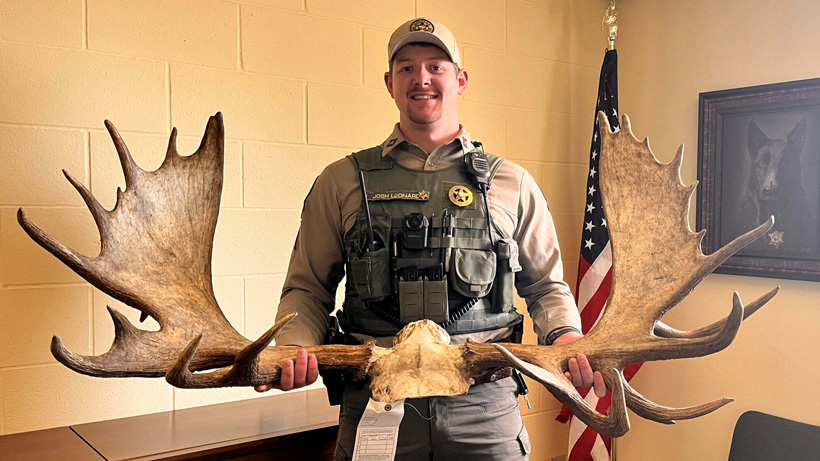 Montana Fish, Wildlife and Parks (MFWP) recently reported on the lifetime hunting ban of Shiloh Berry, a Montana man who pled guilty to poaching a trophy moose in 2019 whose antlers measured 56” wide and had a net score of 145 along with other charges and fines, according to Fox News.

MFWP began investigating the incident in 2019 after they were alerted to a decapitated moose east of Townsend. All of the meat was still on the body. Game wardens called to the area found “distinctive tire tracks and boot prints in the area,” according to Fox News.

MFWP’s Facebook post regarding the recent conviction of Berry states, “In April 2020, wardens received another tip of someone who possessed moose antlers he claimed to have found in the same area where the moose carcass was discovered. Wardens executed a search warrant and discovered the antlers, as well as boots and tires that matched the tracks at the kill site. During an interview with wardens, the man confessed to killing the moose.”

Berry pleaded guilty to the unlawful possession of a game animal, hunting without a valid license and waste of a game animal, which resulted in a lifetime ban from hunting and trapping in Montana, a temporary suspension of fishing privileges for three years, a suspended five-year prison sentence and fines totaling $12,100.