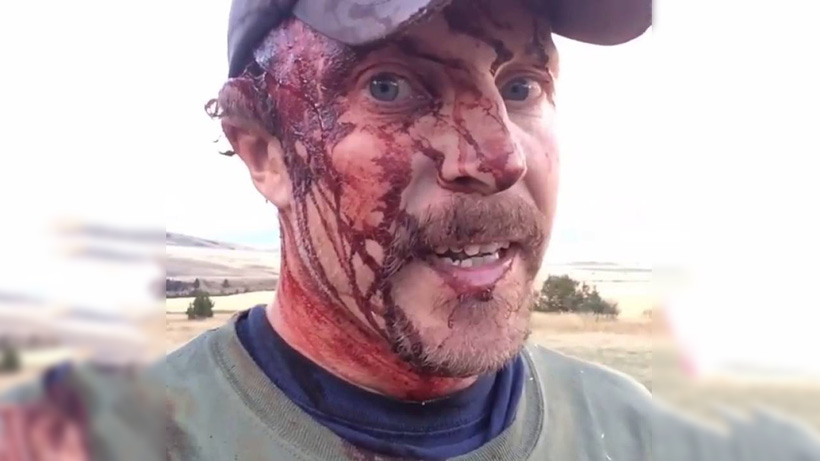 Bear spray doesn’t always work. Just ask Todd Orr, who was attacked not once, but twice, by an angry female grizzly bear defending her cubs. Orr was scouting possible hunting locations for the upcoming season three miles down the trail on the North Fork of Bear Creek in Montana when he happened upon the mama grizzly who felt threatened by his presence.

Despite a healthy dose of bear spray, yelling and trying to play dead, Orr was jumped on and chewed on by the bear, according to the Billings Gazette. The first attack occurred between 7:15 and 7:30 a.m. with another following shortly after once Orr attempted to make a run for it.

“Out of nowhere, the bear attacked him again and did the same thing to him,” says Madison County Sheriff Roger Thompson, adding that Orr still had 2 ½ miles left to go before he reached the safety of his vehicle. A video of a wounded Orr discussing the attack can be found below.

Despite the amount of blood and scare of the attacks, Orr seems to be fairly unharmed. He was able to make it back to his vehicle, drive 17 miles to the Ennis hospital, and phone in the attack to local authorities along the way. 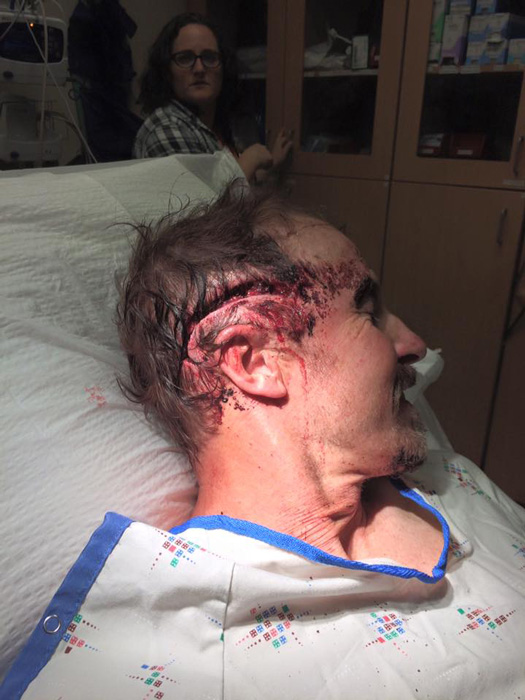 “I think my arm’s broke, but my legs are good, my internal organs are good, eyes are good,” says Orr. “Be safe out there. Bear spray doesn’t always work, but it’s better than nothing.”