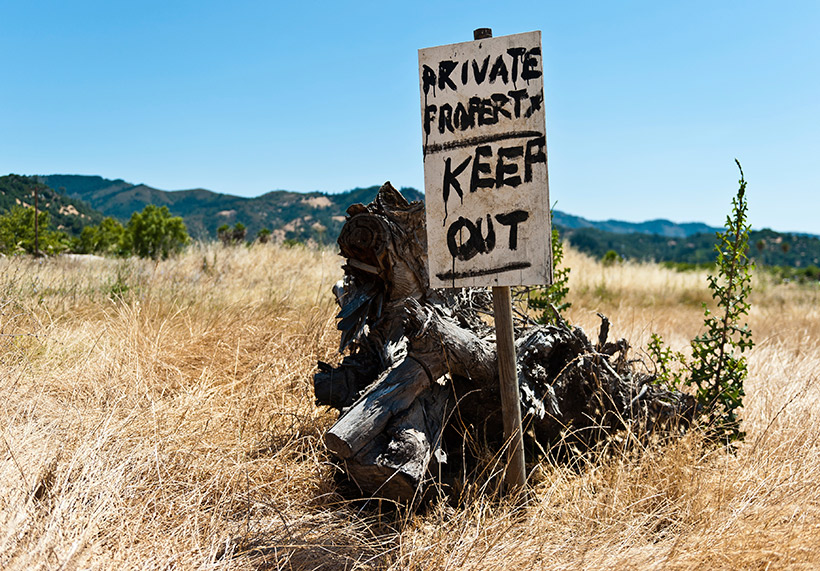 According to a report released by the Montana Wildlife Federation (MTWF), Montana has more hunters and anglers than any other state in the United States — and also more challenges providing access to public lands.

“One of the greatest things about Montana is the tremendous opportunity we have for hunting and fishing and other outdoor recreational and public lands,” said Dave Chadwick, the executive director of the MTWF.

About one-third of the land in Montana is public, but it is not always easy to find access to those lands, as there have been issues with people illegally closing off public roads that run by private property.

The report, titled “Roadblocked and Landlocked: How Montanans are being kept out of their public lands,” contends that people are blocking off public roads or even gating them. Those roads provided access to public parks and trails for people to enjoy the land.

“For over two decades we’ve seen some people work to privatize our public lands by cutting off public access,” remarked John Gibson, president of the Public Land/Water Access Association. “And once somebody controls the access, they control all the public resources, including fish and wildlife on those lands.”

Montana has hundreds of roads that are not yet “petitioned,” meaning that someone has petitioned for the county to create a road. Many of these roads have been in use for over a century. They were historically used as stagecoach routes or trails. Though they are maintained by the county, they have never officially been on the books.

Public access supporters are particularly worried as these roads are being petitioned off.

“Individuals will selectively buy small parcels of private land that serve as bottlenecks, with one road to access thousands of acres of public land. By illegally closing these roads, they can erode public access,” the report states.

Currently, a total of 1.9 million acres of public lands in Montana are blocked by privately owned property. This issue has led officials to create the Block Management Program, which provides public hunting access to private land and opens some adjoining public lands. The MTFW also initiated a program that provides tax credits to landowners who allow access to landlocked public lands.

The MTWF and the Public Land Water Access Association say they will work with legislators to combat the trend of restricted public access.

"Montanans also overwhelmingly will point to access as both one of the greatest things about Montana but also one of the greatest challenges for hunting and fishing, and we just want to promote and expand and ensure that access so that future generations can enjoy the outdoor opportunities that we have today," Chadwick said.

Some, however, are not convinced. Chuck Denowh, the policy director for United Property Owners of Montana, says that while groups like the Montana Wildlife Federation and the Public Land/Water Access Association are trying to open private lands, they’re also trying to close off public lands.

“It’s completely disingenuous for the Wildlife Federation and PWLA to say there’s not enough access on private land when they support shutting down access on public land,” he argued. “We’ve seen hundreds of miles of roads on public lands closed in Montana because of wilderness designations and travel restrictions.”