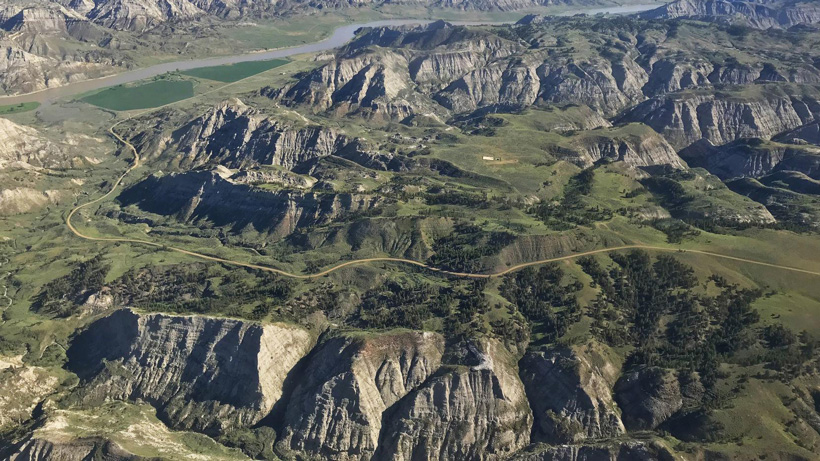 The above photo is not of the road in question, but is of the Stafford Ferry road north of Winifred and is used as an example.

Public land access is a hotly debated topic in the West and is often something a judge must untangle in court. Recently, Montana District Court Judge Brenda Gilbert ruled in favor of private landowners Mark and Deanna Robbins after a five-day trial couldn’t convince her to side with public land advocates and, specifically, the Public Land/Water Access Association (PLWA). The trial, which included over “80 exhibits, a visit to the road, testimony by expert witnesses and the judge’s careful observation of the ‘witnesses’ demeanor while they testified’” resulted in an interim order in favor of the Robbinses over the use of Mabee Road in Fergus County, Montana, the Billings Gazette reports.

In 2007, the Robbinses posted no trespassing signs and locked a gate across the road, which is located north of Roy, Montana, spurring PLWA to start “pushing county officials to recognize the route as open to public use,” according to the Billings Gazette. Also, because Mark Robbins is a licensed Montana hunting outfitter, once the route was blocked, he had “easier access to public lands and the wildlife they contain.” Further, Robbins has a Special Recreation Permit via the Bureau of Land Management, which gives his outfitting business—Armells Creek Outfitters—permission to hunt on 47,660 acres of BLM land.

During the trial, PLWA used maps as evidence to support their case; however, Gilbert wasn’t persuaded that the Robbinses were at fault due to the documentation provided.

“Lines representing old roads on old surveys and old maps are not substitutes for competent evidence of actual public use,” Gilbert wrote in her decision. In fact, during her visit to the road in question, she found an overgrown two-track “unable to support public use,” according to the Billings Gazette. She did not feel that PLWA proved that the public use was “open, notorious and adverse” to require the road blocked by the Robbinses to be made public.

“The evidence fails to clearly and convincingly demonstrate that the seasonal recreational use of the disputed trail constitutes sufficient adversity to the landowners,” Gilbert wrote.

The interim order can be appealed with 20 days and, at this time, it was still undetermined whether PLWA would appeal. After 20 days, the judge will enter her final judgment.