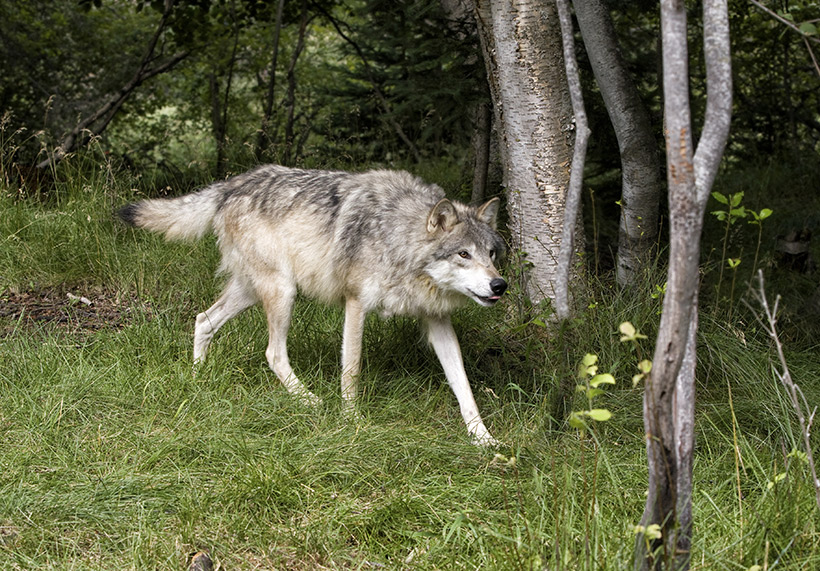 Montana state wildlife biologists briefed the Gallatin County Commission this week on the status of elk and deer numbers. The news has helped ease concerns over wolf predation.

Julie Cunningham, a wildlife biologist with Montana Fish, Wildlife and Parks (FWP) who has been observing elk hunting districts reported solid numbers in the Bridger Mountains. The elk population has not surpassed the region’s carrying capacity, nor is it still struggling. In fact, elk numbers are growing and game damage complaints are few and far between. In short, “elk are doing great up there.”

While that is undoubtedly welcome news for hunters, there is a caveat. The public has limited access to the Bridgers, and elk have reportedly been steering clear of ranches that allow hunting.

“We are working with those folks to increase access,” said Howard Burt, FWP’s Region 3 Wildlife Manager. “Some of the traditional ranchers are worried about having too many elk.”

Hunters also have the option of pursuing elk in both the Gallatin and Madison areas, where the elk populations are reportedly growing.

The Gallatin Range, which includes Taylor Fork, Porcupine and Buffalo horn, has typically maintained an elk population around 1,600. The region’s population now measures around 400, but officials were clear that it is not necessarily because of predation.

For the past several years, officials have observed the elk herds grow as the animals migrate from the Gallatin Range into the Madison Valley. This year, Cunningham surveyed the region and documented the highest calf to cow ratio in 14 years.

While the FWP has issued a high number of tags in Madison hunting districts, large hunting ranches, like the one owned by Freeport-McMoRan Mining Company, have protected elk from hunters.

The elk herds in Gravelly Range have also grown, causing some elk to migrate into the Madison Valley as well. Cunningham reported that one particular herd was three miles long and two miles wide.

Montana’s mule deer populations also look promising. Despite several years of heavy weather-and-disease related losses, state wildlife managers are seeing a continuous increase in numbers. One of the biggest challenges they are facing, according to officials, is that pine trees are encroaching on brush lands that are crucial for mule deer wintering. Predators, on the other hand, are not having a significant impact.

“It sounds like the predators are not having a big effect on mortality, maybe on distribution some,” said Commissioner Joe Skinner. “I think the fear two years ago was that we’re at the bottom of the mule deer cycle, elk were headed below objective and people were saying that with so many predators they’re not going to come back.”

As goHUNT previously reported, “wolf packs once roamed from the Arctic tundra down to Mexico, but loss of habitat and a series of extermination programs devastated the species. By the early 1900s, wolf populations were scant, and by 1973, the gray wolf was listed as an endangered species.”

Wolves play an essential part of the ecosystem, helping to keep the system in a healthy balance. To restore this order, wolves were reintroduced to Yellowstone in 1995. As predicted, the wolf population in the region rebounded, and by 2011, the wolves were taken off the protected species list.

But fears of wolf predation were rampant. Many worried the growing population would ravage livestock and wildlife such as deer and elk. What officials are seeing, however, is that predation is not an issue. Elk and deer lived with predators before and it seems, are learning to live with them again.

The Gallatin County Commission had adopted a large predator policy in 2012, asking ranchers to report any losses due to wolves. No reports were received.

“We’re hearing a lot less from people about wolves,” said Skinner. “That doesn’t mean there’s no predation, but we’re not seeing it.”

“The trend is that there’s not a lot of predation,” Skinner said. “This is a lot of good news for hunters, too. The last two years populations are trending up and wolf numbers are stable — way above objective — but at least the numbers are staying even.”