Montana judge to issue decision on wolf hunting and trapping 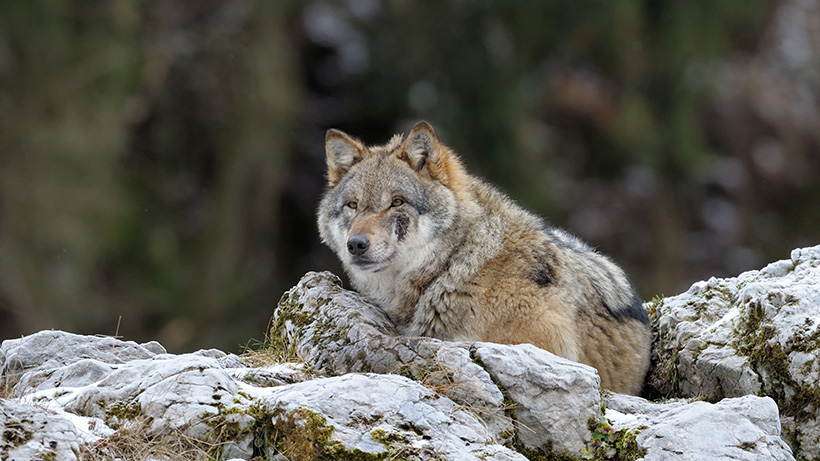 UPDATE: Judge Abbott has ruled that the original harvest quota of 456 wolves can proceed. The temporary restraining order has been "dissolved," according to the Daily Montanan. After hearing testimony from both sides, Abbott ruled that the issues raised by Wildlife Guardians and Project Coyote concerning Montana's wolf counting methods, thus resulting in too many wolves killed during the hunting and trapping season, did not result in "irreparable harm to wolves." In fact, though the quota accounts for roughly 40% of the state's wolf population, Abbott acknowledged that the two seasons didn't even "come close to reaching that number."

Montana hunters and trappers await a decision that should come sometime this week as a temporary restraining order that immediately changed the state’s wolf season expires today. District Court Judge Chris Abbot issued the restraining order earlier this month that applied to Lewis and Clark counties. The order suspended the state’s regulations, which allowed for expanded wolf hunting and trapping.

On Monday, Abbott heard testimony regarding the issue. He said he would decide today whether the temporary limits placed on wolf hunting should continue or if the quotas and hunting methods “pending a trial over changes in the way the state estimates the size of the wolf population” to inform hunting quotas should continue, according to the Associated Press.

However, according to Francisco Santiago-Avila, science and conservation manager with Project Coyote, “the state’s current population estimation method overestimates the number of wolves in the state,” allowing hunters to kill more wolves. He also alleged that “higher quotas lead to more poaching that is not accurately accounted for in population models.”

To date, Montana FWP estimates the state wolf population to be about 1,160 wolves with 15 breeding pairs.

Quentin Kujala, Montana FWP chief of staff, said “the commission proposed a quota amounting to 40% of the estimated wolf population, which they believed would lead to the legislative-mandated decrease in the number of wolves in Montana even after new litters of pups are born in the spring.” Poaching numbers are also accounted for when determining the state quota.

Abbott has not made an immediate decision but is expected to issue a ruling prior to the official expiration of the temporary restraining order. Stay tuned to GOHUNT for further updates.