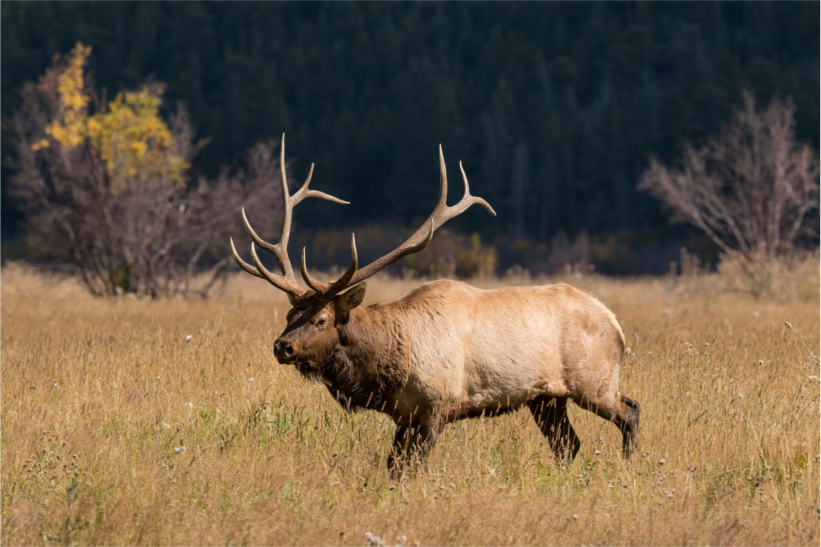 Montana elk are rebounding! After several years of steady decline, elk populations are increasing, particularly within the Missouri River Breaks and Bears Paw herds. Montana Fish, Wildlife and Parks (MFWP) recently completed its spring count and the increased numbers suggest that mild winters, which usually leads to lower calf mortality and easier forage, is most likely the reason behind this good news.

"Favorable weather conditions the past two years have resulted in increased elk production and survival, contributing to the increased number of elk observed,” says MFWP biologist Scott Hemmer. Aerial surveys were conducted in Region 6 throughout February (Missouri River Breaks) and March (Bears Paw) by Hemmer and biologist Drew Henry. They discovered increased numbers for both herds, which is great news for elk hunters because more elk means more permits!

MFWP has also added 200 more permits for the Bears Paw hunting districts thanks to higher numbers: 100 antlerless elk permits (application deadline March 15) for HD 680 and 690, which fall on private land outside of Block Management areas, and 100 antlerless elk B licenses (application deadline June 1) for a Dec. 15 to 31 shoulder season in HD 680 and 690, which falls on both public and private land, according to the Billings Gazette.

While it is important to secure private land permission prior to applying, it would be silly to pass up a chance at these great elk hunting opportunities. Good luck!