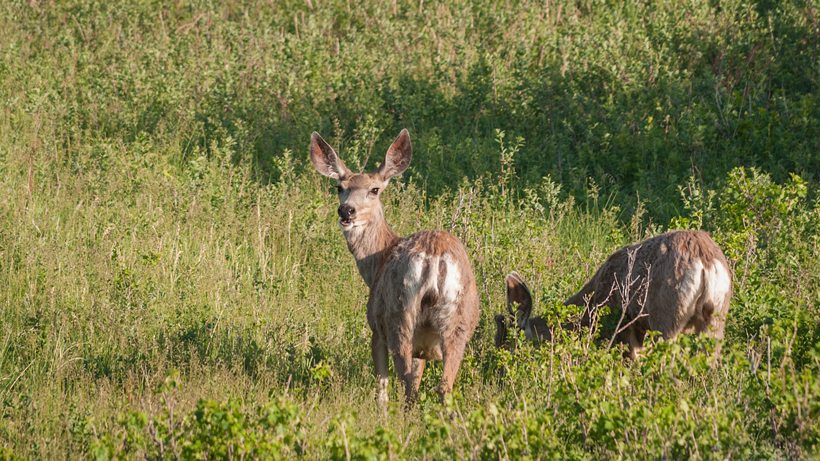 How prevalent is chronic wasting disease (CWD) and where is it found in Montana? After a detailed analysis of data gathered from 2017 to 2021, Montana Fish, Wildlife and Park (Montana FWP) biologists say they’ve gained a better understanding of where they stand concerning the fatal disease.

According to KPVI News, biologists believe that CWD is found in “less than 1% to 7%” of the state’s mule deer and “less than 1% to 25%” of the state’s whitetail deer. CWD prevalence is higher in Libby, where Montana FWP previously held special CWD hunts to target diseased animals. Montana FWP says that 12% of hunter-harvested whitetail deer taken in Libby tested positive for CWD, compared to only 4% of whitetail deer killed outside of the Libby CWD Management Zone.

Further, there were three hunting districts (HD) in southwestern Montana that tested higher than others with regard to hunter-harvested whitetail deer: HD 322 (22% to 28%); HD 324 (2% to 43%) and HD 326 (1% to 17%). Because of the high prevalence of the disease in this section of the state, there was a special hunt for whitetail does. Out of the 329 does killed, 55 tested positive for CWD, according to KPVI News.

“An analysis of all data collected from 2017-2021 from hunter-harvested deer in CWD-positive hunting districts suggests several state-wide patterns of infection across species, sex, age class, and geographic area,” according to the report. “The Libby CWD Management Area and the Southwestern Montana CWD Management Hunt Area contain significant hotspots of CWD among white-tailed deer. Outside of these two areas, CWD prevalence did not significantly differ by deer species.”

Based upon the results of this analysis, Montana FWP will continue to monitor and sample adult mule deer and whitetail deer throughout the 2021 season in all hunting districts that are within a 40-mile radius of known positive cases.

Montana FWP will deliver a presentation on the full findings during the Fish and Wildlife Commission meeting on June 24.