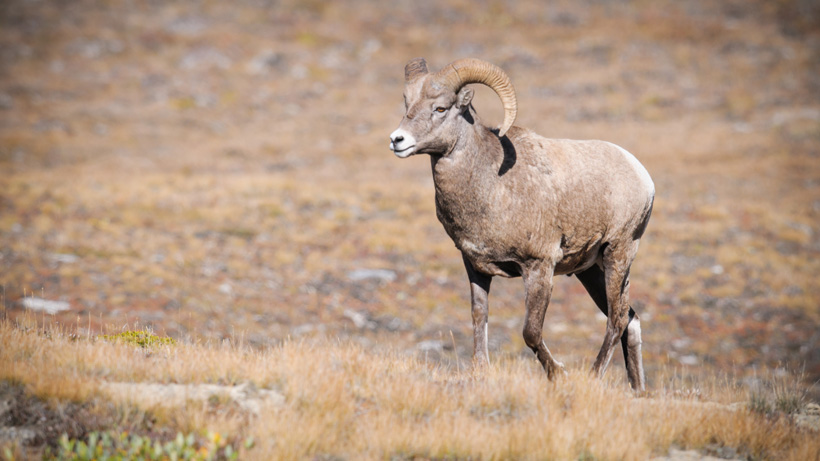 Two groups that, at a glance, would seem to have different priorities have suggested that Montana reevaluate transplanting bighorn sheep to the Bridger Mountains. The Montana Wild Sheep Foundation and the Montana Woolgrowers Association have united in a unique alliance and are asking Montana Fish, Wildlife & Parks (Montana FWP) to consider the potential bighorn sheep relocation, the Independent Record reports.

In 2019, the groups sent a joint letter to Montana FWP that suggested “the state consider a first-of-its-kind ‘experimental’ bighorn sheep herd” in the Bridgers. Doing so would offer hunting and wildlife viewing opportunities as well as a chance for researchers at nearby Montana State University – Bozeman to conduct “intensive research into disease, habitat use and genetics,” according to the Independent Record.

Montana FWP had been searching for suitable locations to establish a new bighorn sheep herd in Montana, but turned down the option of the Bridges two times because of the potential for disease. By considering the organizations’ joint proposal, wildlife biologists would need to “rethink the risk-adverse metrics” currently used to limit contact between wild sheep and their domestic counterpart.

“It’s not just a transplant,” said Brian Solan, executive director of the sheep foundation. “We’re trying to look at it in a different light this time and the different opportunities it presents.”

If the state agrees to their proposed experimental herd, “it could lead to a new blueprint for riskier transplants,” according to both organizations.

“It would definitely be a test case of whether an introduction can succeed in less than ideal habitat,” said Jim Brown, public relations director for the Woolgrowers.

“We’re hoping to take steps forward with this as a learning process and can we apply this approach across the West,” said Solan.

In February, Montana FWP Director Martha Williams responded to the request, but said that Montana FWP needed to “take another look at the issue via additional ‘scoping,’ which is the earliest part of the environmental review process,” according to the Independent Record.

Since then, Montana FWP has taken steps to evaluate what an experimental herd would entail and whether it’s a viable future option, but nothing is ready for public comment or critique.

“For many reasons the Bridgers are not a good place to do a traditional release, and the nature of risks aren’t unique,” said Quentin Kujala, Montana FWP Game Management Bureau chief. “So we’re not pursuing the Bridgers as a traditional release site. But if we were to put sheep on the ground in a research frame of mind, we must understand the pieces of that release and take that sincere stab at that question related to risk on that landscape.”