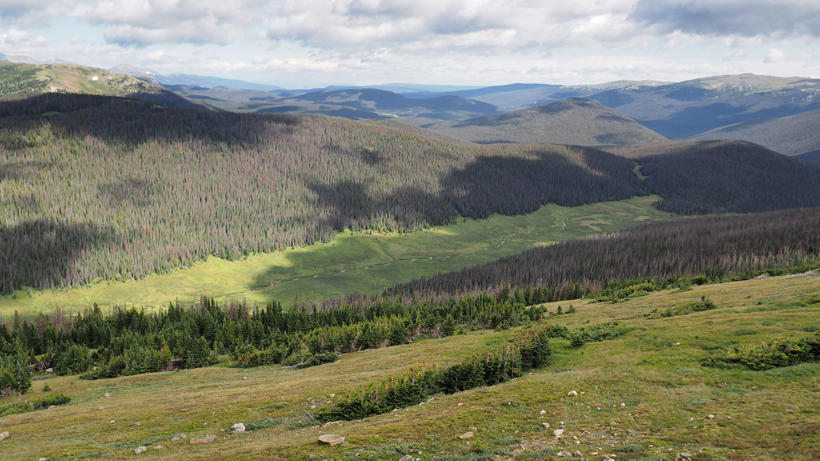 Montana hunters, listen up: the Montana Fish and Wildlife Commission meets tomorrow to discuss several proposals that could change wolf season quotas and more in Northwest Montana. Further, the commission is also considering a proposal that would relocate bighorn sheep to Wild Horse Island on Flathead Lake from other parts of the state as well as changes to deer and elk licenses for muzzleloader season.

Proposed changes for the state wolf hunting and trapping seasons include a proposal that would “allow snares for wolf trapping, increase the bag limit and allow a person to take more than one wolf per license,” according to the Lake County Leader. Another proposal changes trapping setbacks – “the minimum distance a trap must be placed from trails or popular recreation areas” – in Region 1. Under the proposal, some setbacks would be added while other areas “would be designated as no-trapping” zones.

The commission is also considering a proposal to relocate bighorn sheep. The Wild Horse Island herd is considered a “source herd” for other bighorn herds in the state. While a 2020 survey wasn’t completed, in 2018 and 2019, biologists counted 130 to 140 bighorn sheep. The current objective for the island is 100 to 120 animals and no hunting is allowed to keep numbers in check. While recent surveys found about 75 bighorn sheep on the island, there’s no known disease there and “experts suspect mountain lion predation” as the reason behind the decline, according to the Lake County Leader. If the commission approves the proposal, Montana Fish, Wildlife and Parks will work with Confederated Salish and Kootenai Tribes on the relocation effort.

Finally, the commission will decide on a proposal that would make any license and permit valid for deer or elk during the general big game season also valid during the muzzleloader season that runs Dec. 11 to 19, according to the Lake County Leader. There are some restrictions, of course, but it would make for more time to fill your tag if you don’t get a chance during regular season.

The meeting begins at 8:30 a.m. on Friday, Aug. 20, and will be streamed live on the Montana Public Affairs Network, YouTube and Zoom. If you want to participate remotely or provide comment, click here.