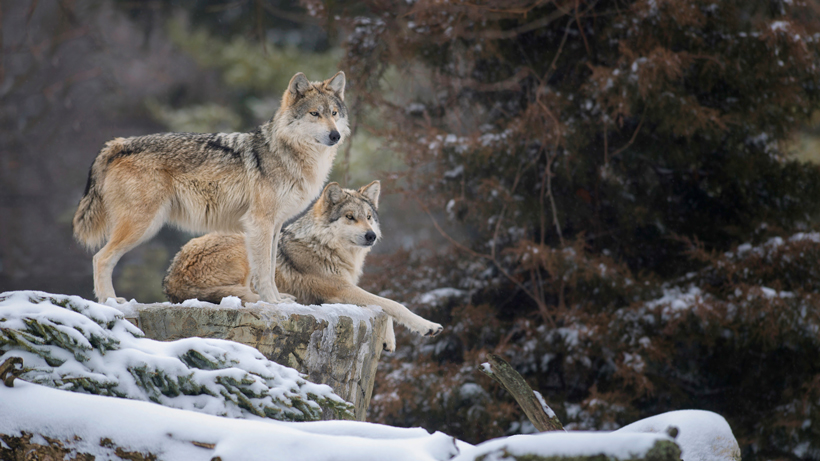 Last week, the Montana Fish and Wildlife Commission approved changes to the state’s elk and wolf hunting during its February meeting. While other proposals were discussed and approved, the “bulk of the rule-making body’s daylong meeting” centered around changes in wolf hunting rules in and around Yellowstone National Park and decreasing elk shoulder seasons in west-central Montana, The Missoulian reports.

Wolf management and wolf recovery efforts continue to be controversial topics in the West and last week’s meeting proved nothing different. In fact, so many people came out to comment on the state’s recent proposals that officials had to limit commenting time to three minutes per person. In December, Montana Fish, Wildlife and Parks (Montana FWP) proposed “reducing hunting quotas in Wolf Management Units 313 and 316, just north of Yellowstone, from two each to one each” before deciding to keep the original quotas at two, according to The Missoulian. Further, Montana FWP proposed changing Region 1’s general wolf hunting season from Sept. 15 to March 15 to Aug. 15 to March 31 and extend the wolf trapping season end date to March 15. The agency also proposed increasing the individual limit from five wolves per person to 10. While supporters of an extended wolf season (and increased quota) debated with those against the proposal, commissioners decided to keep Region 1 under 2019 regulations, “but reduce the quotas to one wolf in each of the districts near Yellowstone,” according to The Missoulian.

Region 2 elk shoulder seasons were also discussed during the February meeting, resulting in changes for several hunting districts (HD) in 2020. While shoulder seasons are currently in place to help keep elk populations closer to objective, it was determined that nine Region 2 hunting districts were currently over objective and “met all harvest criteria,” according to The Missoulian.

There will be further changes for HDs under or at objective. For example, after the general season, certain types of licenses wouldn’t be valid in HD 217, HD 240’s season would end Jan. 15, and seasons for HD 291, HD 292 and HD 293 would run Aug. 15 through the end of general season, according to The Missoulian. With the elimination of certain shoulder seasons, Montana FWP would have to organize “different types of hunts on private land to limit damage caused by elk, deer and antelope.”