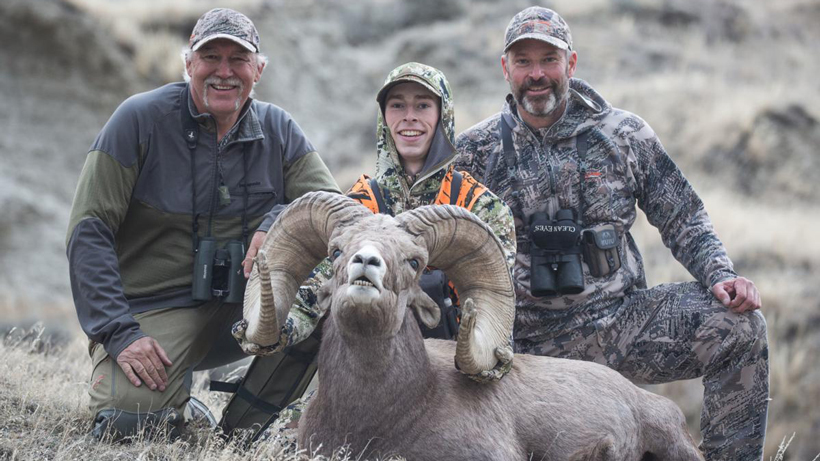 Justin Sheedy is a pretty lucky guy. Not only did he draw a rare once-in-a-lifetime bighorn sheep tag in Montana in 2017, but the 20-year-old Montana State University student filled that tag—with a record-breaking ram within only 20 days of hunting (and five trips to the Missouri River Breaks). According to the Bozeman Daily Chronicle, the ram, which was part of a herd roaming the Missouri River Breaks, scored 208 3/8, tying it for the “largest hunter-killed ram in the world.” 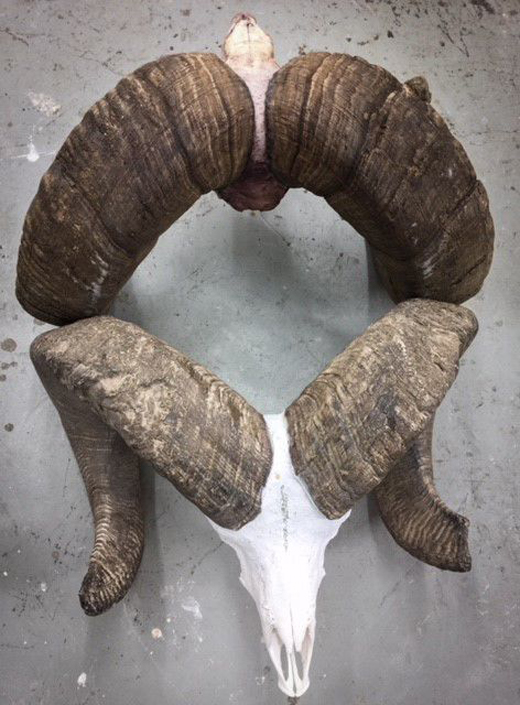 “We knew he was spectacular, but we measured three times thinking the numbers had to be off,” said Justin.

His hunting team included his dad, Ted Sheedy, and longtime Montana hunter John Lewton, who knew a thing or two about locating bighorn sheep. Lewton has pursued bighorn sheep during about 290 different hunts; however, it’s never been to fill his own tag. He told the Bozeman Daily Chronicle that he’s tried for one for the past 30 years and has never been that lucky. Instead, he tracks them for a different reason: to create bronze sculptures and take stunning photographs.

“Everybody does it for a different reason, being in high places up in the mountains where the sheep live is captivating,” said Lewton. “They’re typically elusive animals; they get smart once (they) realize someone is pursuing it.”

“This hunting isn’t just about meat, it’s the pursuit,” he continued. “That’s why I’m satisfied doing it without shooting. I get 95 percent of the thrill most people only get once.”

Fortunately, for Justin, he was able to use Lewton’s know how to harvest an amazing trophy. Now, he waits for the finalized scoring, which will occur before a Boone and Crockett Club panel in Missouri.

“I like the adventure of hunting, working hard to get into places people don’t normally go, where the animals hang out,” Justin said. “The goal was to work hard to harvest a respectable ram and have another great experience together. We did that.”