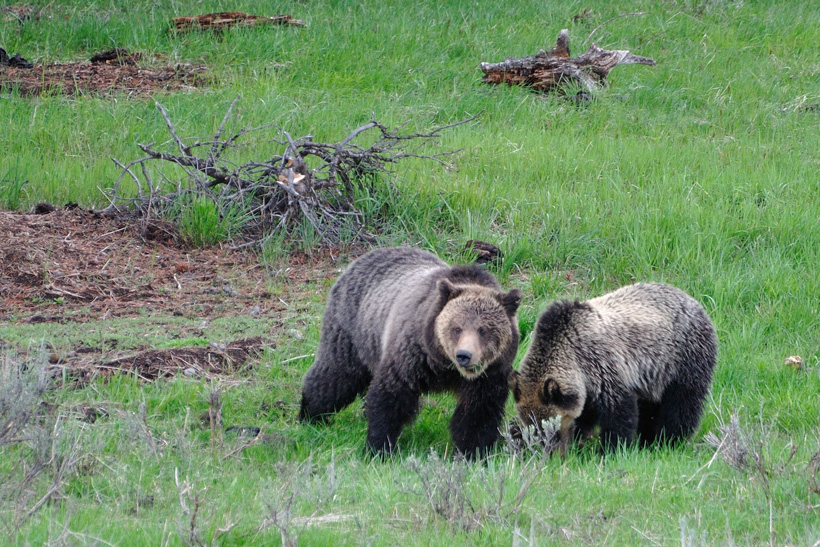 Current numbers show that grizzly bears are making a major comeback and officials responsible for coordinating the recovery of the bears are wondering if the next step is to delist them. Last week, the Interagency Grizzly Bear Committee (IGBC), which monitors the grizzly recovery in the Lower 48 states, met to review the status of Montana’s grizzly population.

According to the IGBC, there are approximately 1,000 grizzly bears in northwestern Montana, including grizzlies in Glacier National Park. Members of the IGBC say that the grizzlies have fully recovered and should be removed from the federal list of endangered and threatened species.

“The bears are doing very well and it’s believed the population has met all the criteria to begin formulating a path to delisting,” IGBC spokesperson Gregg Losinski told Reuters.

Should Montana move forward with delisting the grizzly, it would be the first hunt allowed in the lower 48 states since 1991, which is the year that the species was declared threatened. According to DailyInterLake.com, when the bears were first listed, there were only 200 to 300 grizzlies roaming the Northern Continental Divide Ecosystem, which includes northwestern Montana and parts of Canada. Now nearly 1,000 bears roam Glacier National Park, the Bob Marshall Wilderness Complex and other surrounding areas, proving that the once threatened species is currently thriving.

But as goHUNT previously reported, hunting grizzlies is a complicated matter and many groups are already challenging the possibility of delisting the bears. Regardless, the delisting process will most likely move forward due to the number of bears in the U.S. as well as neighboring Alberta, Canada, which has had a similar hunting ban in place for grizzly bears since 2006. Evidence in Southern Alberta illustrates that bears have made a strong recovery as there has been a significant increase in livestock kills and sightings, according to PincherCreekEcho.com.

“It’s time we decided how many bears we want, and set a target for the entire population,” says Bob Jamieson, a wildlife ecologist, former outfitter and rancher who lives near Cranbrook, B.C.

Fellow Canadian rancher Jeff Betchell says that Montana’s decision to move forward based on scientific evidence will only help Alberta’s cause, saying, “I think if it’s a science based approach in Montana, that will make it easier for the government to make changes here.”